At last, I reigned as a king of hell. The ninth, not the tenth, but it’d do until Velvet and I wanted more. 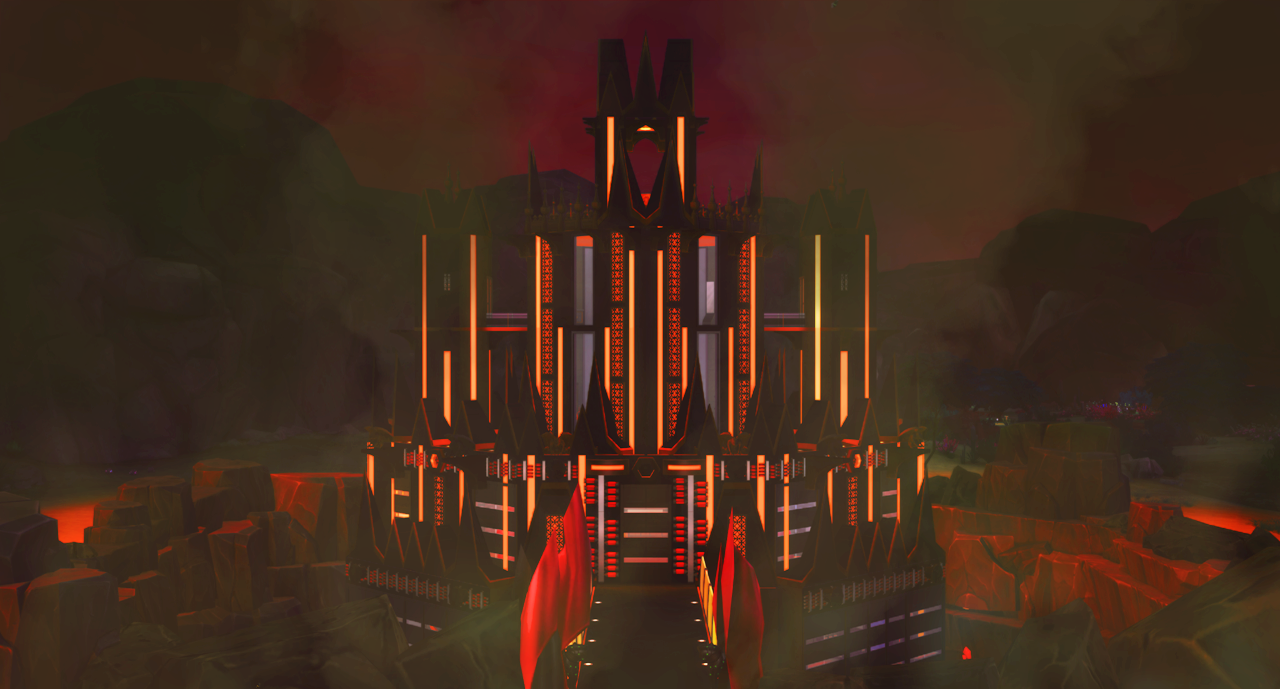 It was difficult for her mother and brother to visit, flammable as they were, but Val and Belle came over when they could–and even Belle’s dog, who Velvet was very fond of. 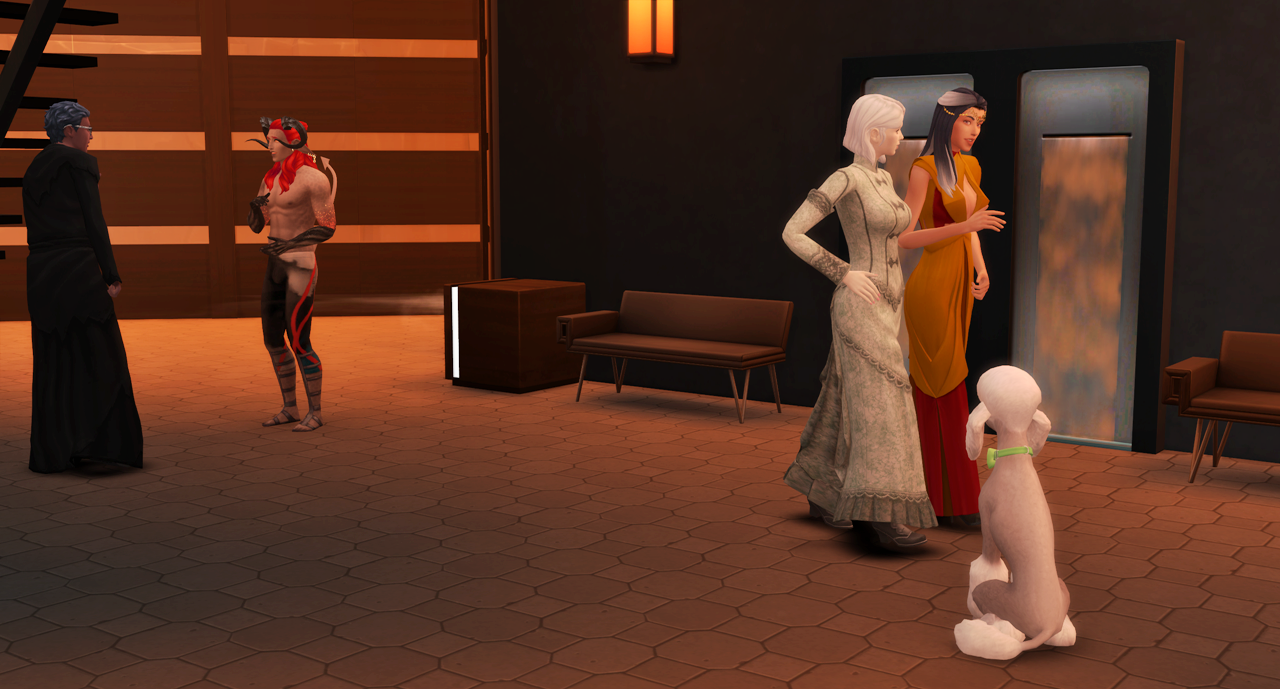 “Velvet can’t…actually still speak with dogs, can she?” Val asked. “And I haven’t read any studies about dogs’ inherent abilities to sense pregnancy…” 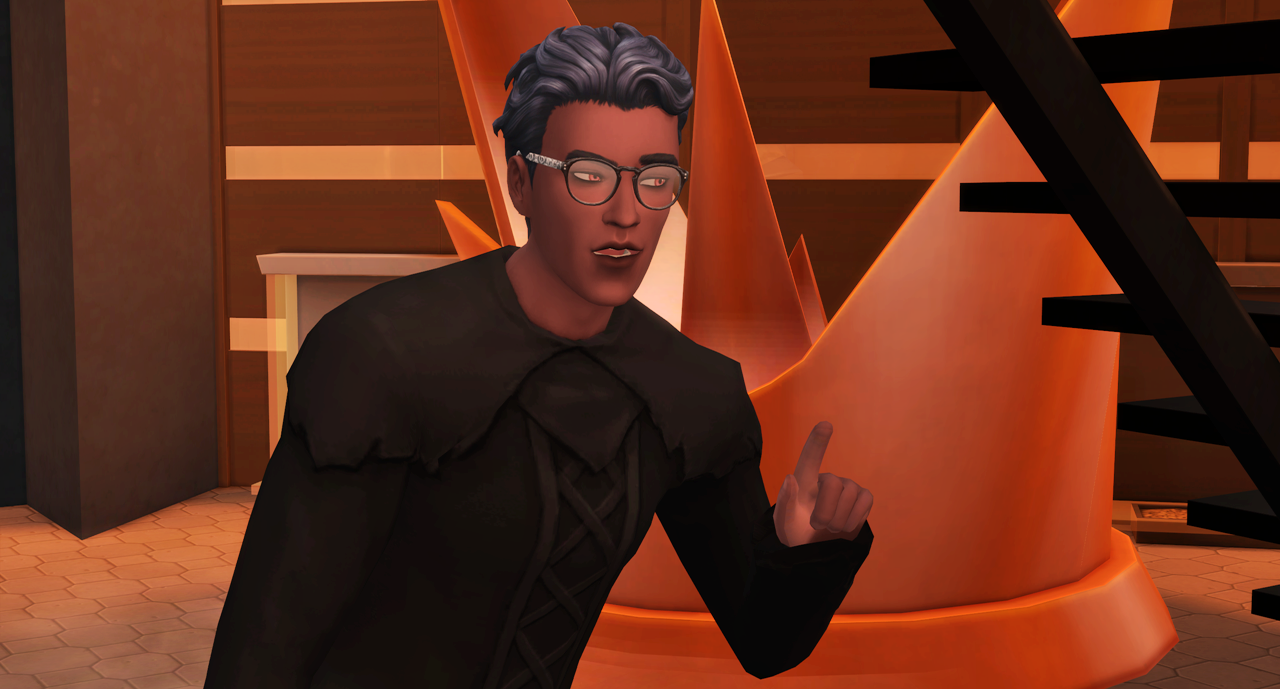 “Dogs are very intuitive animals,” I said. Velvet wasn’t a dog anymore, but that intuition remained. “And she says Gaston told her that Belle is one hundred percent pregnant. Sorry.” 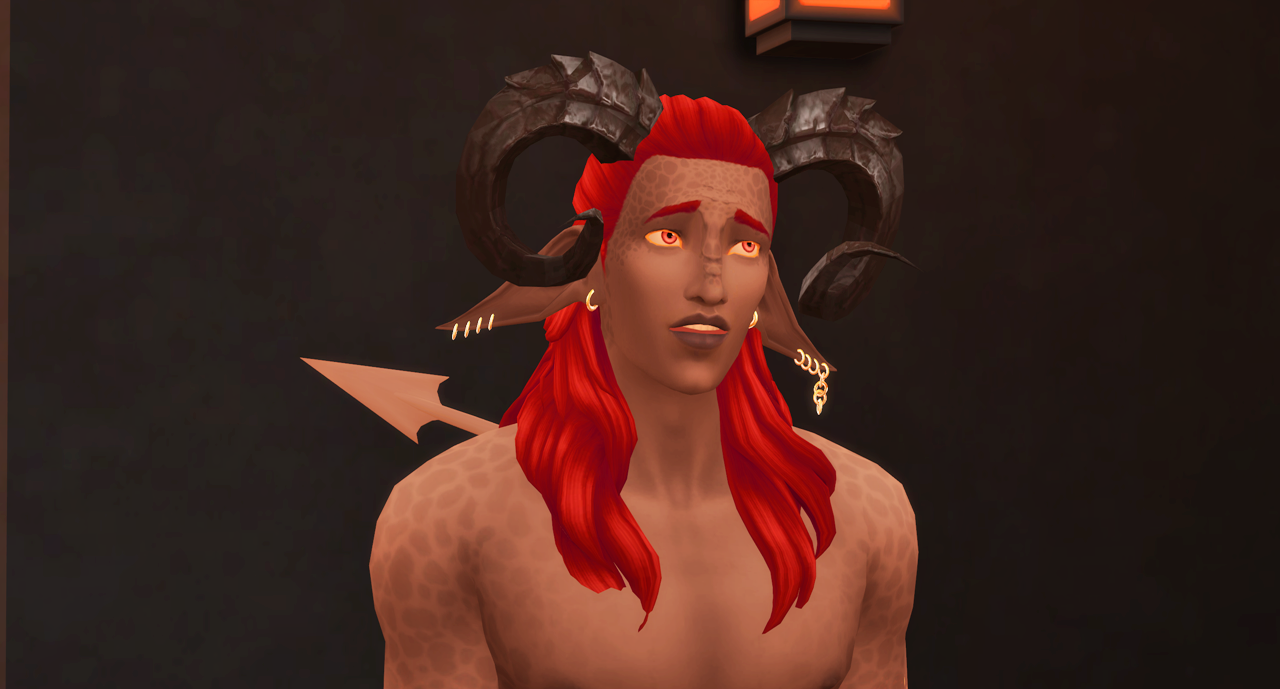 “It’s not that I’m…not amenable to children,” he said dazedly, “but I suspect her father will be less than pleased should she give birth prior to marriage…” 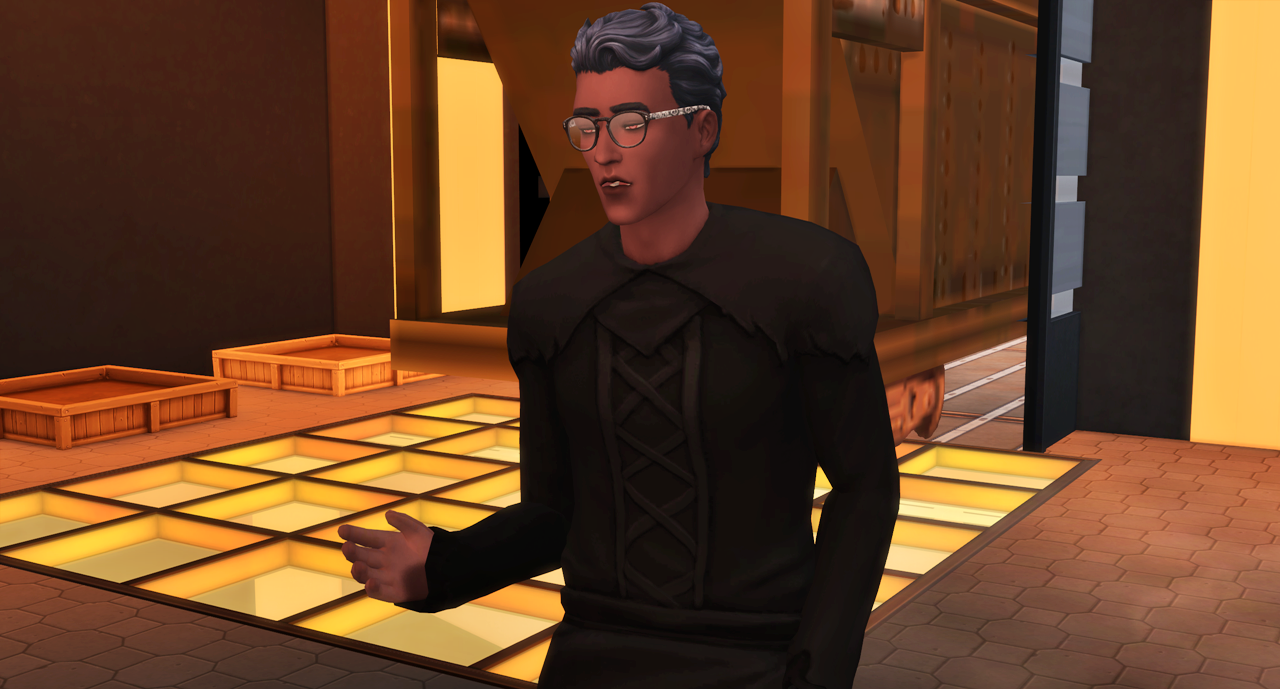 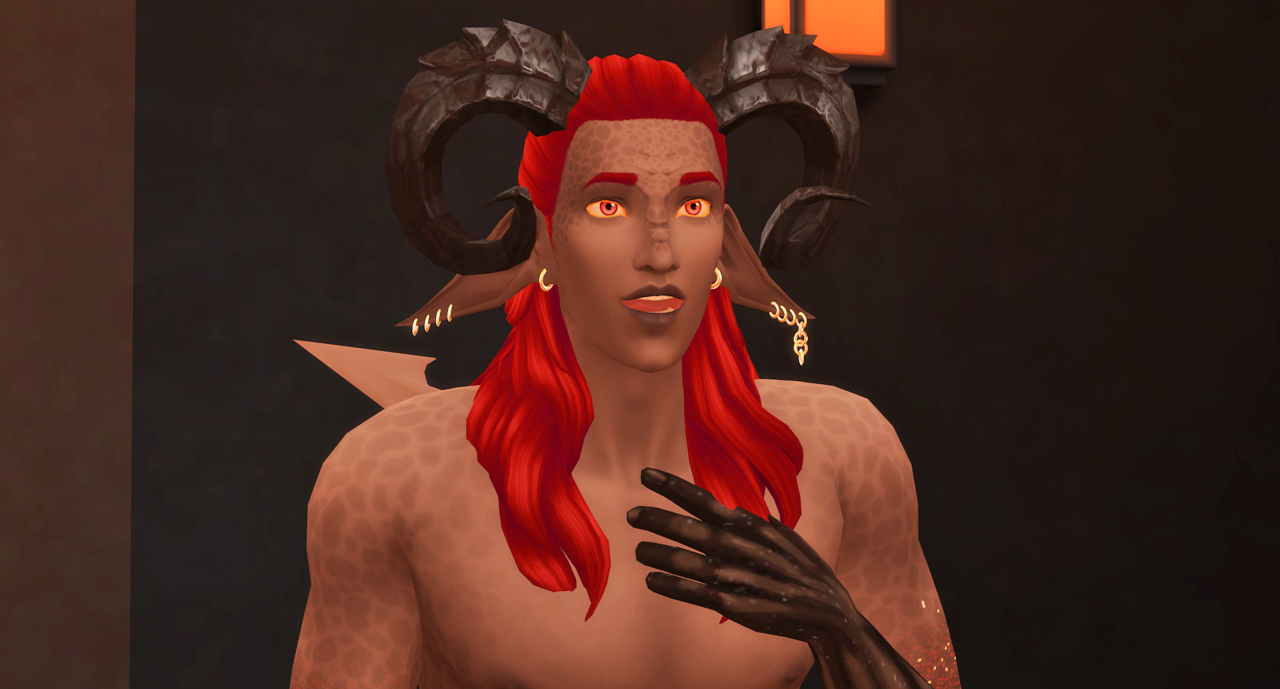 “…His methodology and knowledge of torture rivals that of the queen of the eleventh hell.” 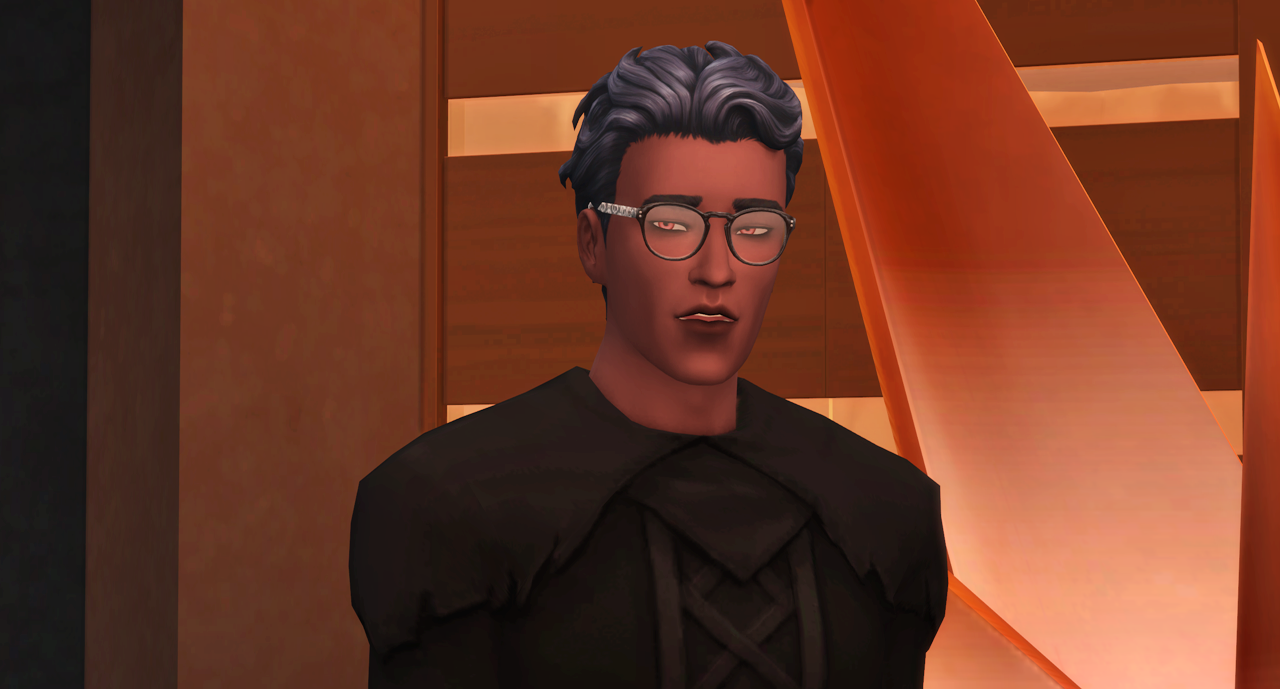 “That bad, huh?” I let out a low, appreciative whistle. Belle came from good stock. “I take it my tips have been helping? Apparently I should’ve introduced you to some contraception that burns away any chance at accidental spawn.” 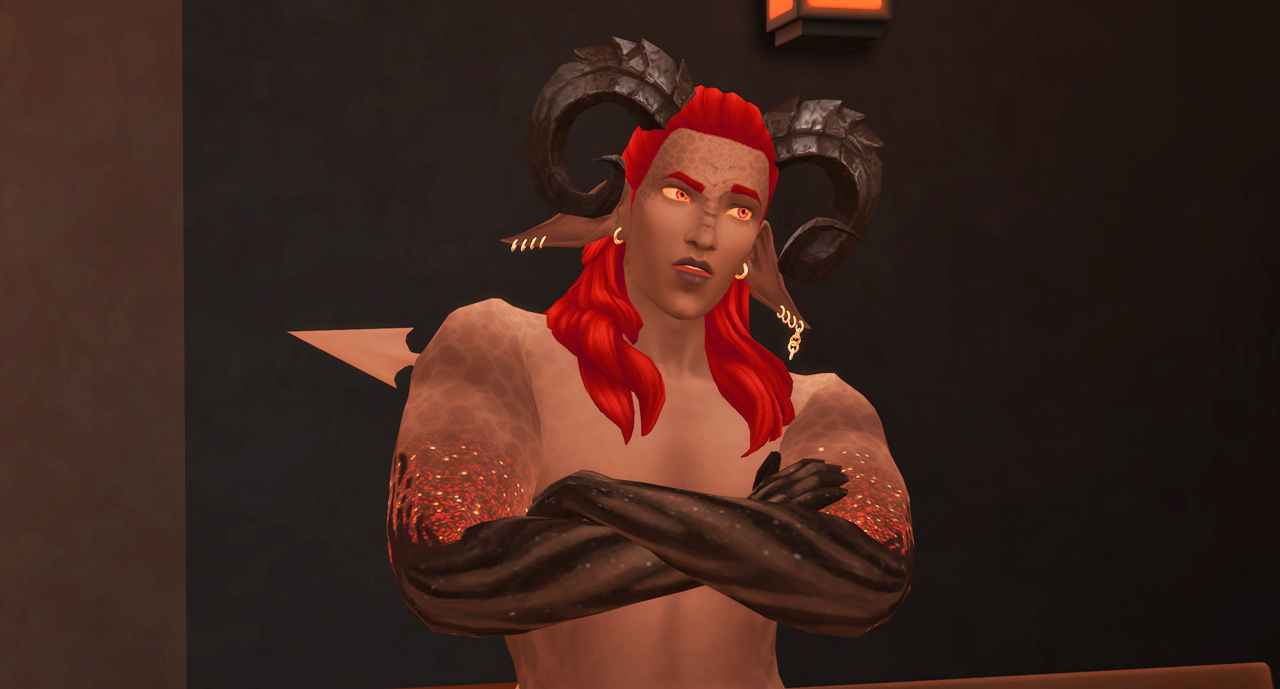 “Belle has…been extremely appreciative of my new techniques,” he admitted. “However, I think she would take issue with the application of fire near any of our reproductive organs. What of you and your queen? Belle tells me she’s very eager to raise children of her own, and you no doubt desire to strengthen your hold on the ninth hell’s throne.” 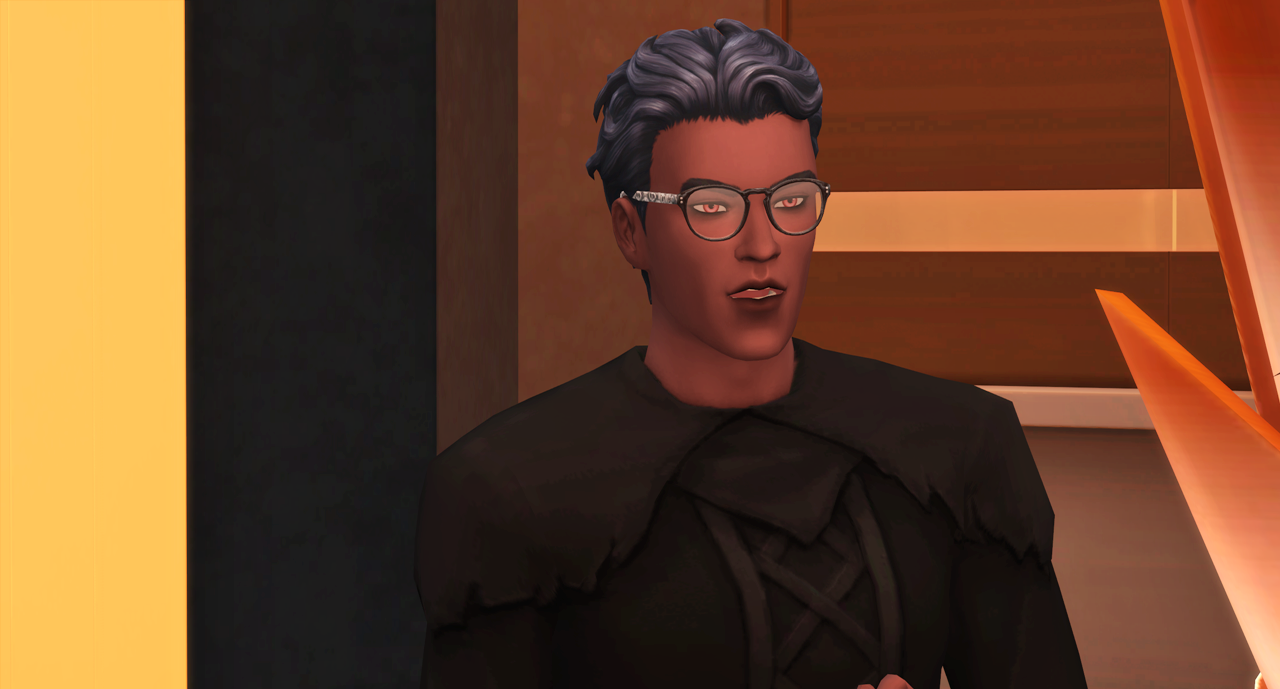 “I haven’t…with Velvet,” I mumbled. 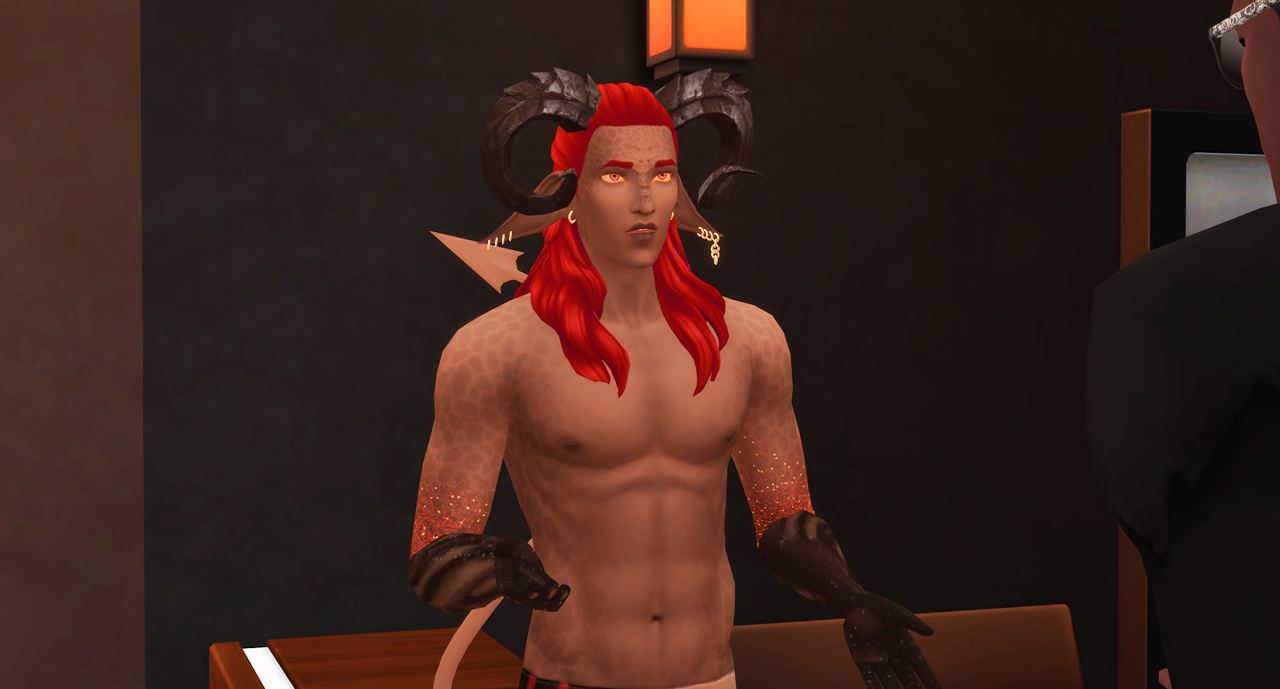 “I’m well aware this is outside the bounds of our usual conversation, limited as it is, but…why not? While staying at my lair, you defiled the premises with no fewer than two hundred thirty-six partners, some of them simultaneously, not to mention the students in your office and classroom. This behavior is out of the ordinary.” 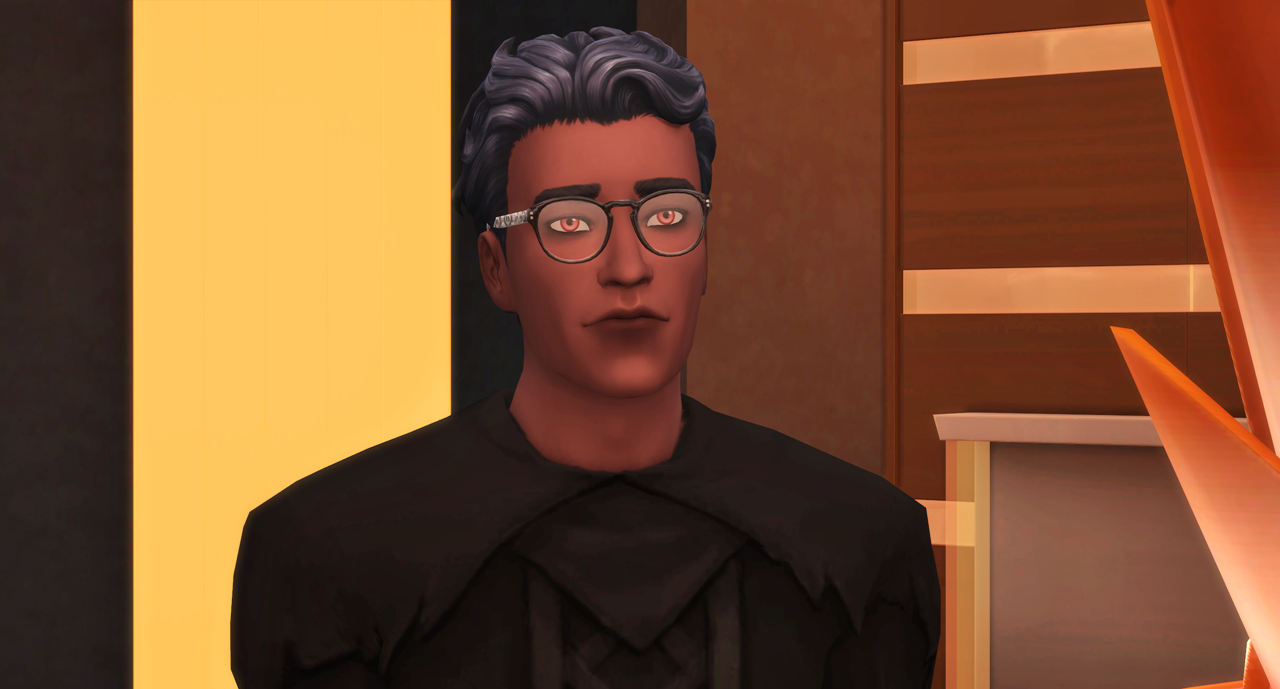 Who knew the guy kept count? He did like meticulously organized records of everything, though. “I know. I just… It’s not the right time yet. And she’s with me because she has no choice. If I break her heart…she’ll never be able to forget it, not when she has to look at me every day. I’ve broken so many hearts, and I never really cared…”

I looked over to where she chatted happily with Belle. Seeing her friends and family brought her so much joy…and seeing her in the “queen of hell” outfit Belle had picked out for her brought me a lot of joy too. 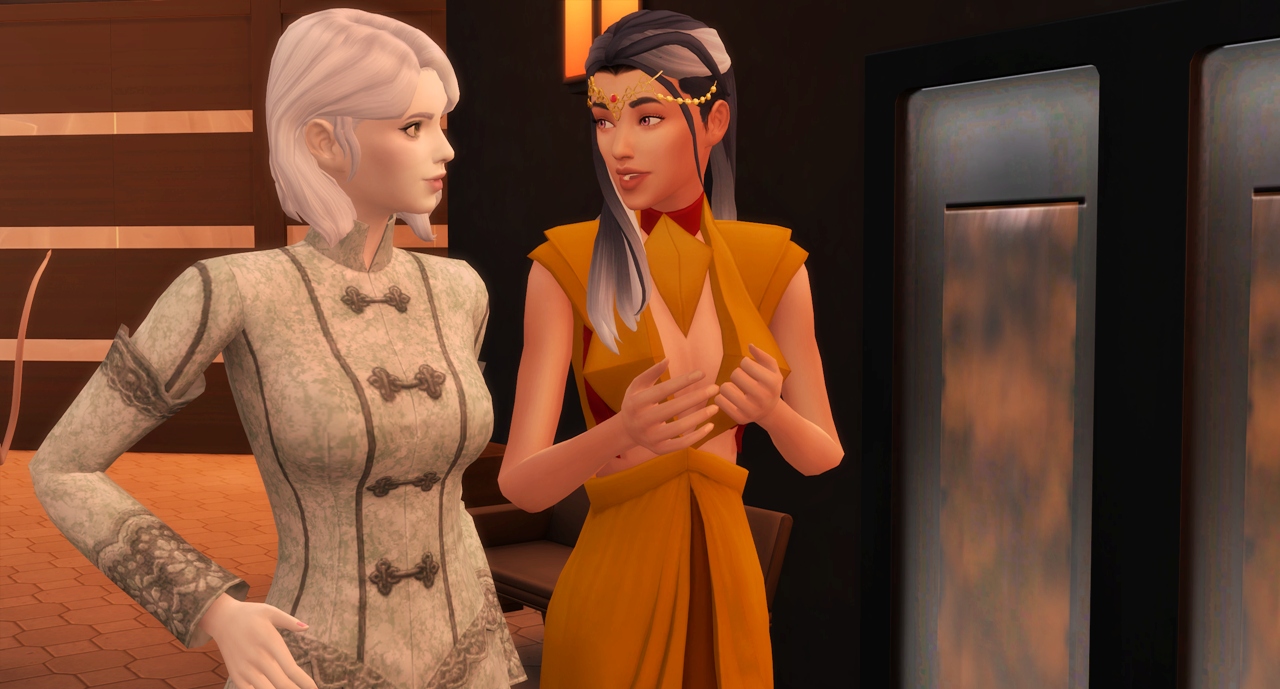 Things would’ve been easier if Val and I had switched partners. He and Velvet were both innocent in their own ways, easily pleased if they got the one thing they wanted. I’d thought Val would never want anything more than peace and quiet for his research, but I couldn’t blame him for falling for his student… 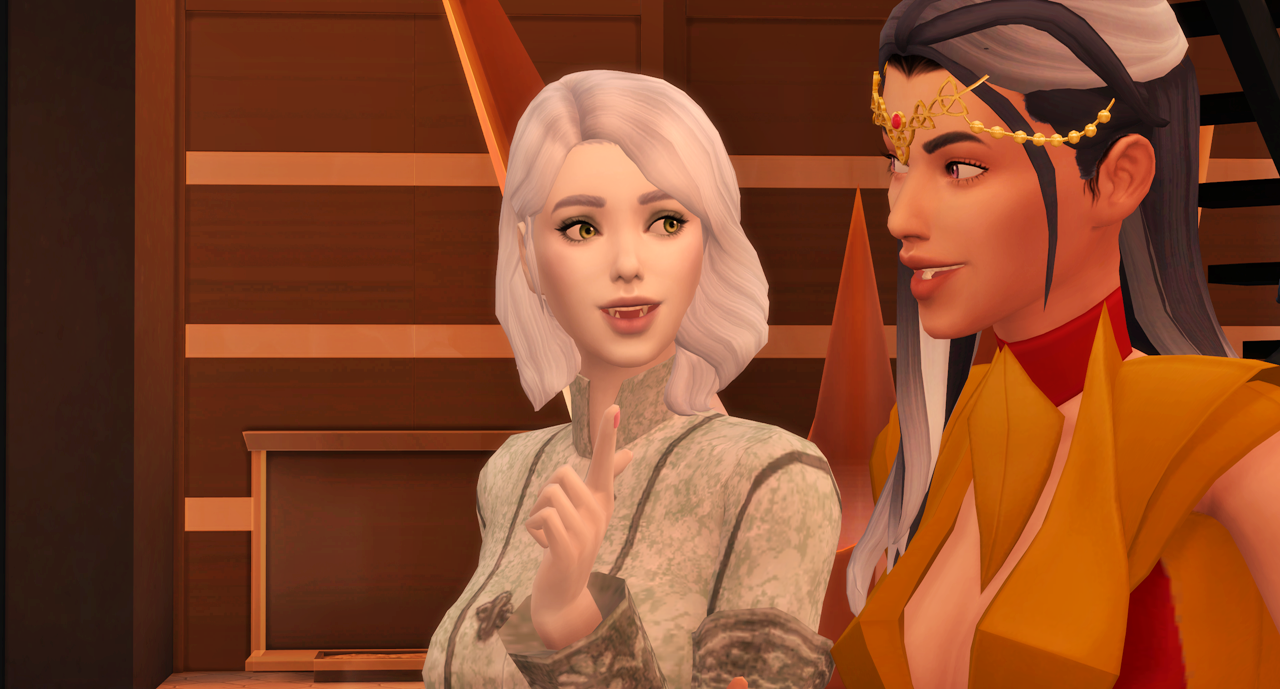 But Velvet… Could she ever really be happy here? She would’ve been better off with Val, so close to her family, not hidden away in the depths of hell. We rarely had guests that I didn’t have to kill, but she loved to socialize.

“…Did I make the right choice, Val? Saving her?” 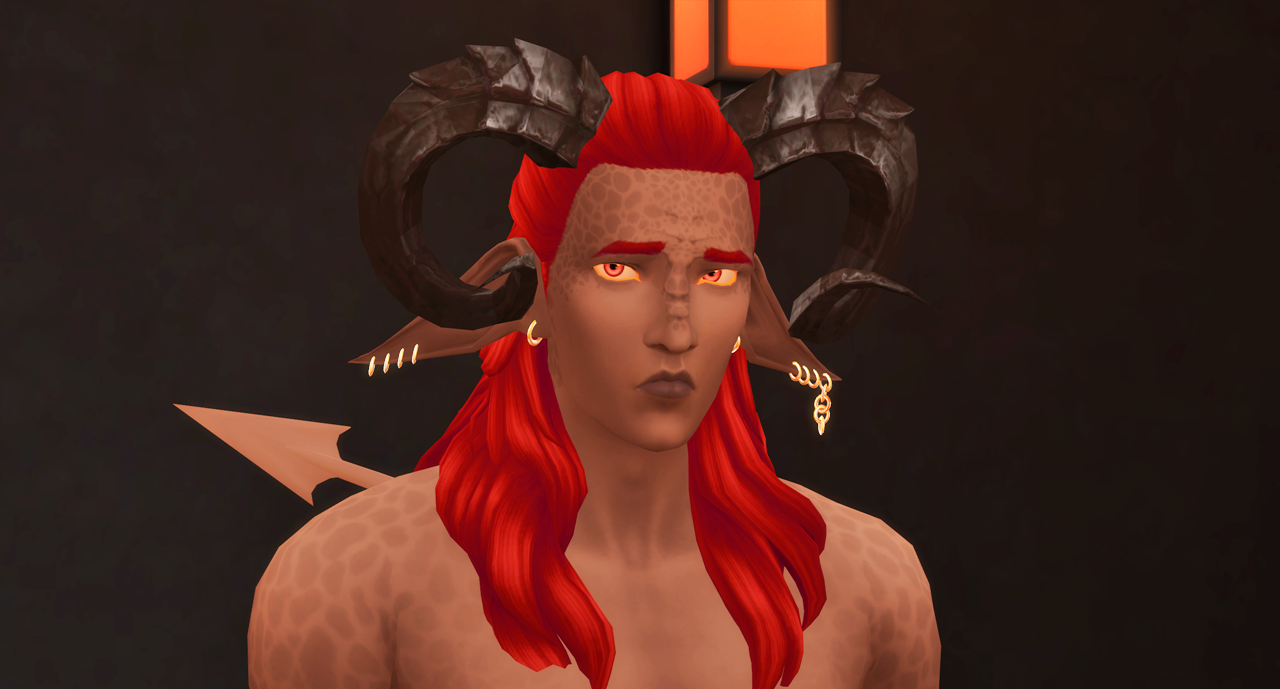 “It was a high price,” he said. “But I think I would’ve paid the same for Belle…though I do wonder if she’d come to regret it.” 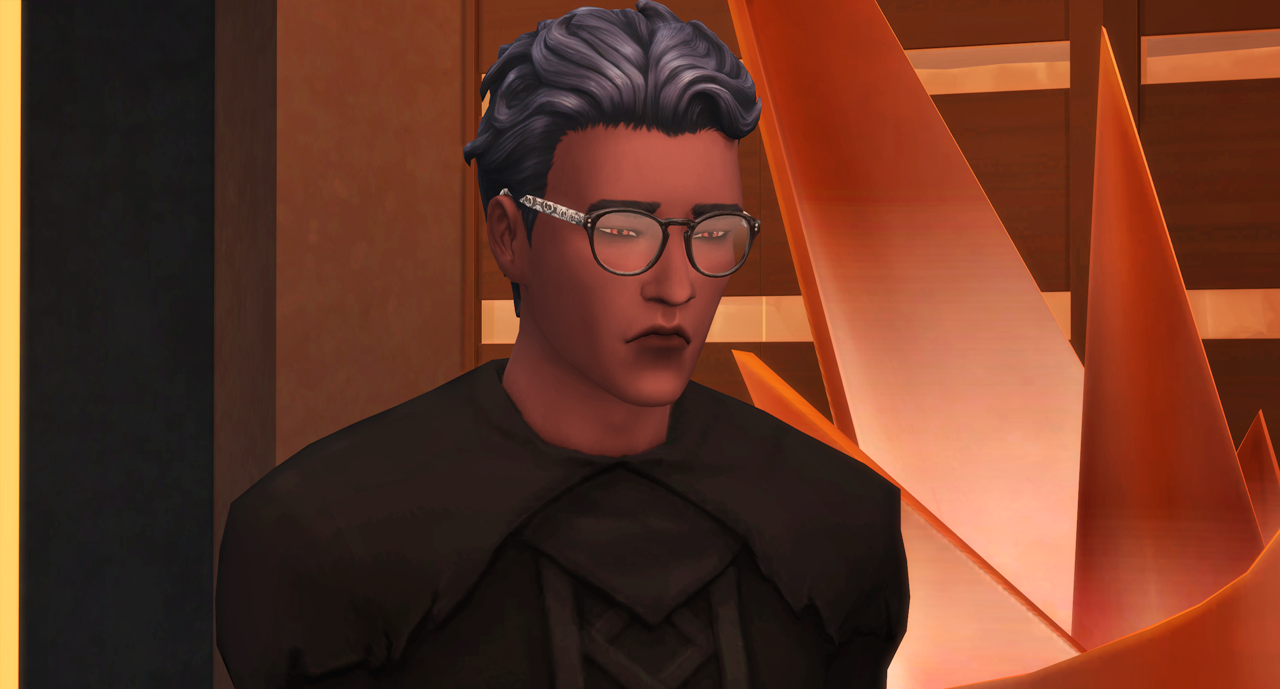 Velvet might’ve been better off if she’d remained a dog, with a dog’s wants and needs and understanding of the world. 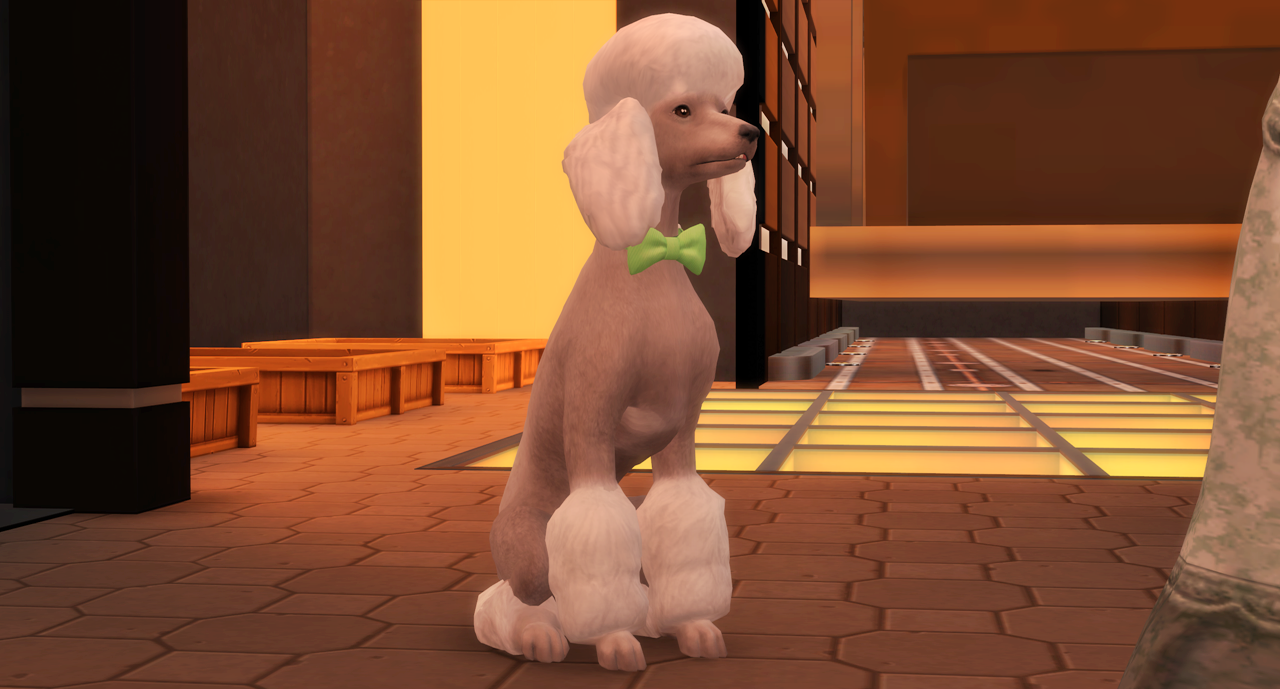 Our friends had to leave altogether too soon. But they had lives up on the surface, lives far from us. Should I have tried to be satisfied with a life up there too–to try to deny my demon heritage? My deal with the warlock who’d summoned me was never meant to be a permanent arrangement. 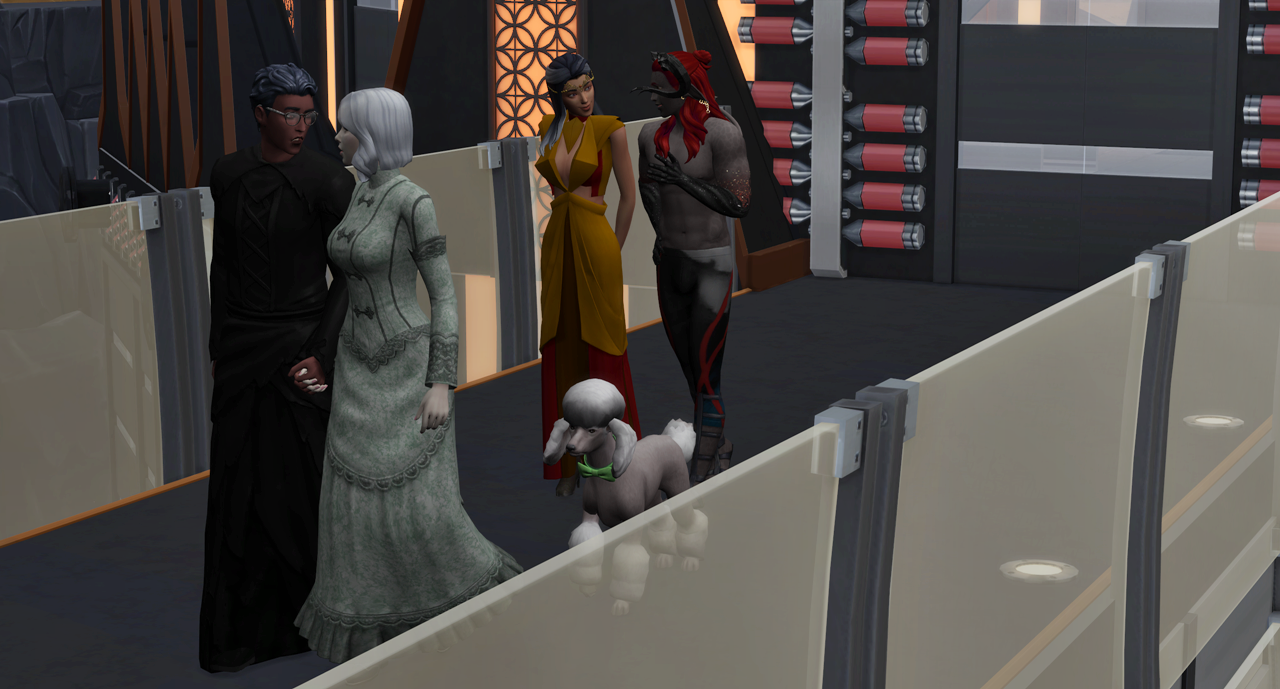 Velvet always looked happy when she was at my side. Maybe this was enough. Would continue to be enough. 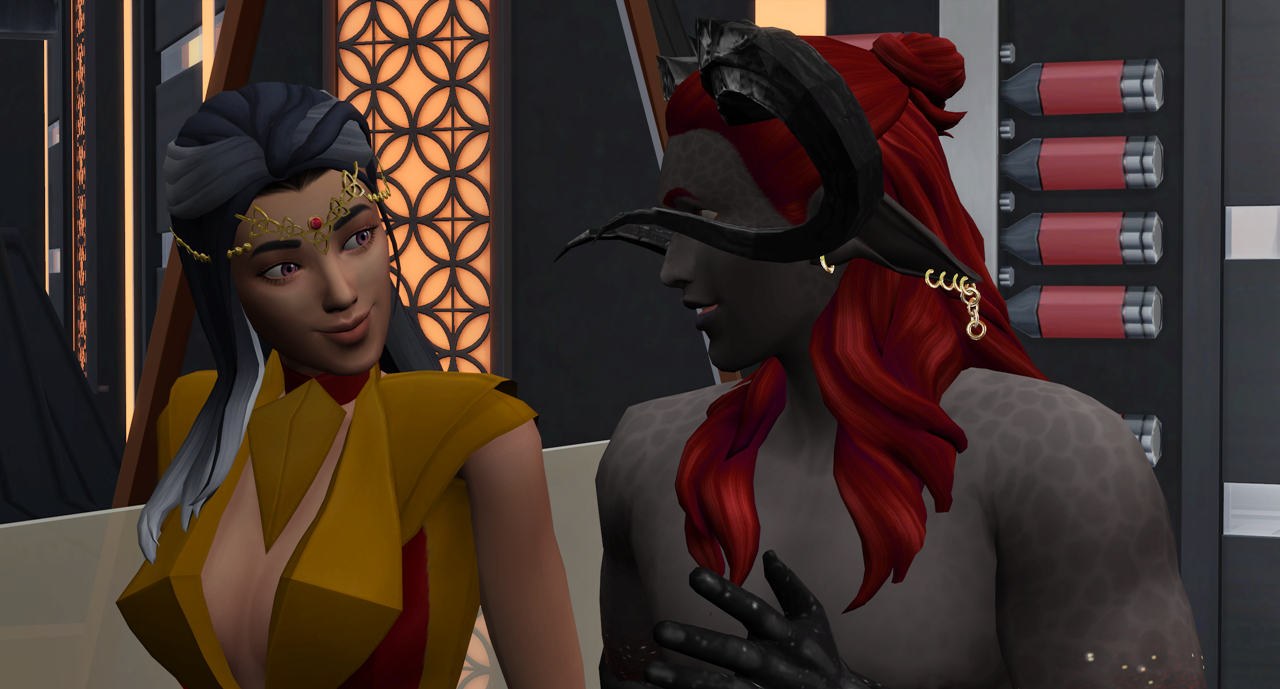 “They can come back whenever they want,” I said, “and I think Belle was really happy to learn about her impending spawn.” 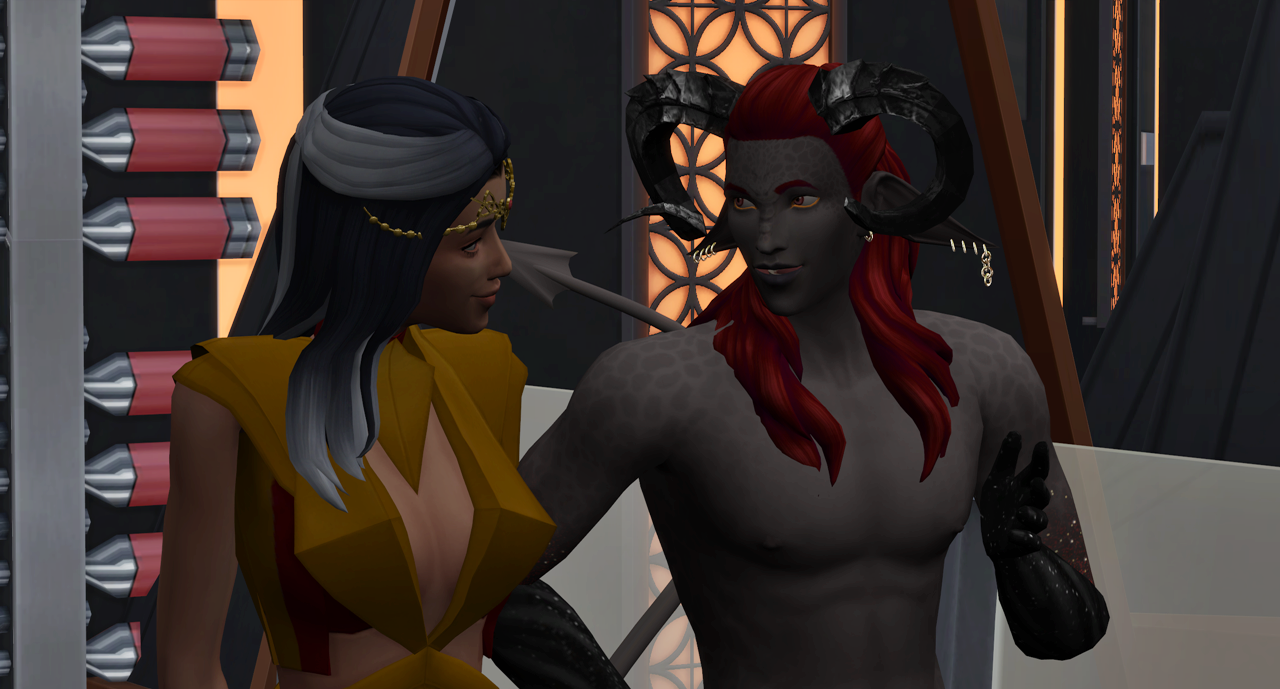 “Gaston says it’s a girl,” Velvet said. “If I had a girl pup, they could play together… They could be like me and Belle.” 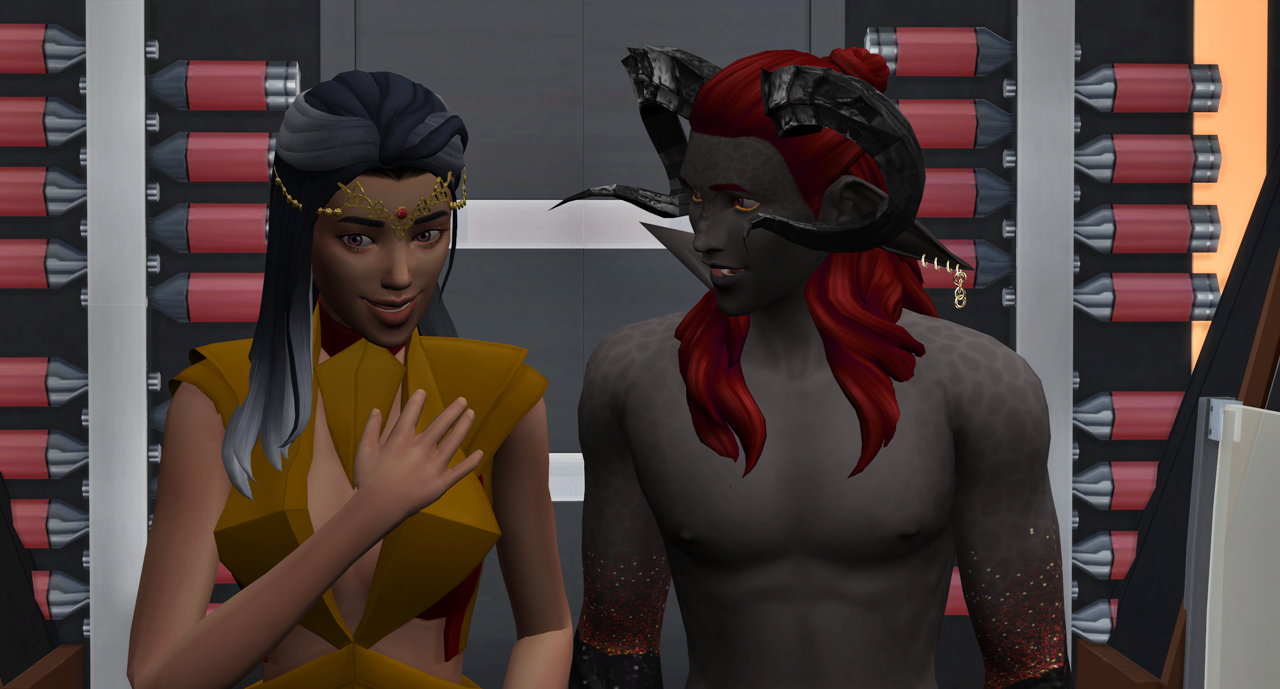 I tried to keep smiling. “They could be.” 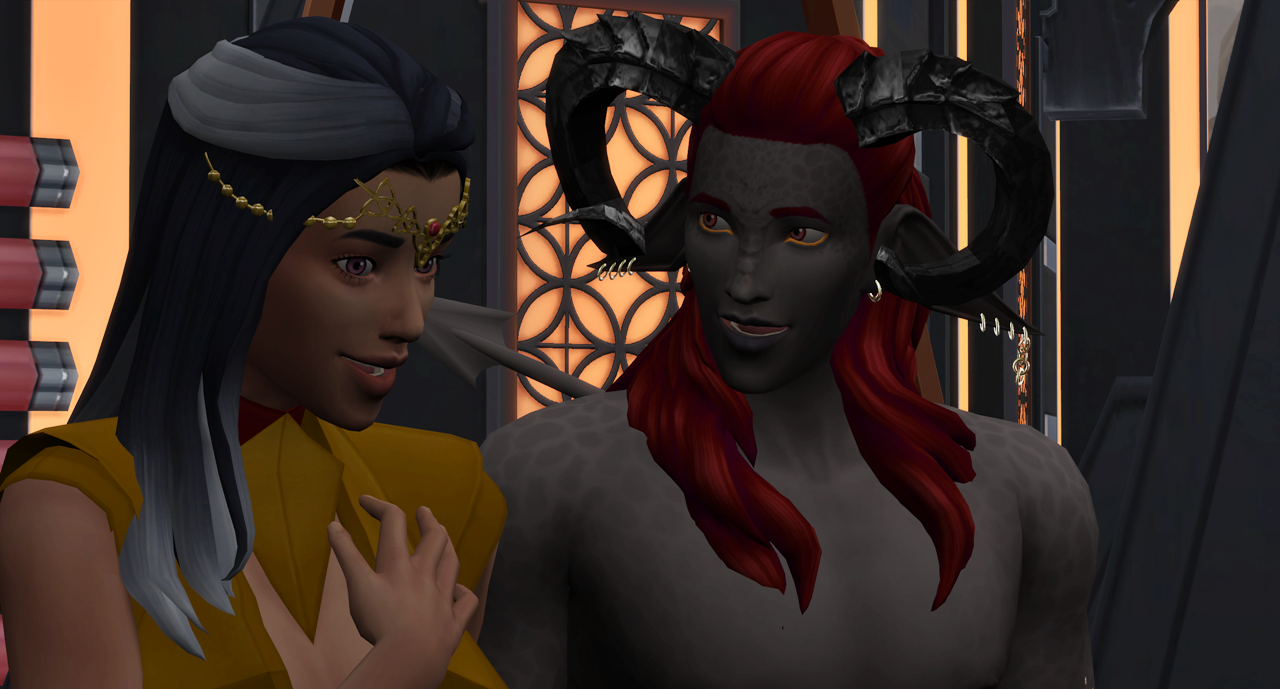 But when we were alone in the bedroom we shared, I decided to be honest with her. 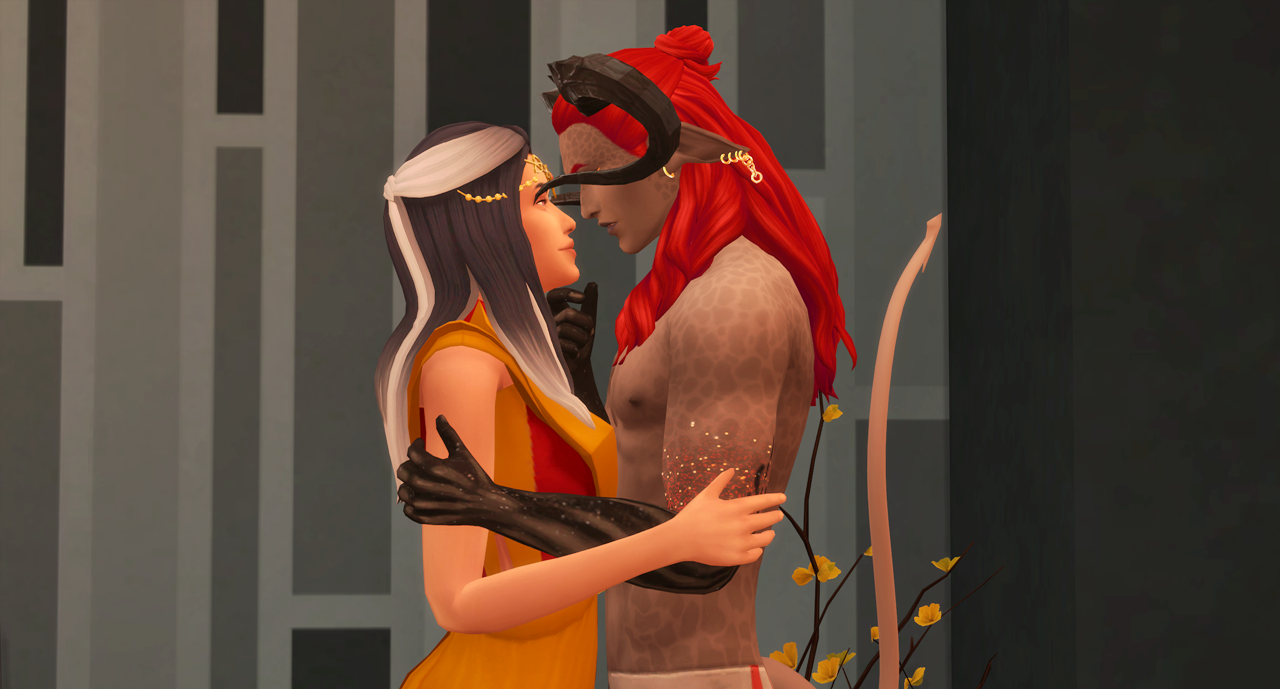 “Velvet…you know I’m a fire demon and incubus. I’m impulsive. I do whatever–and whoever–I want. I’ve never cared about the consequences…burn it all, I’ve never even thought about them. But now…now, I need to.” 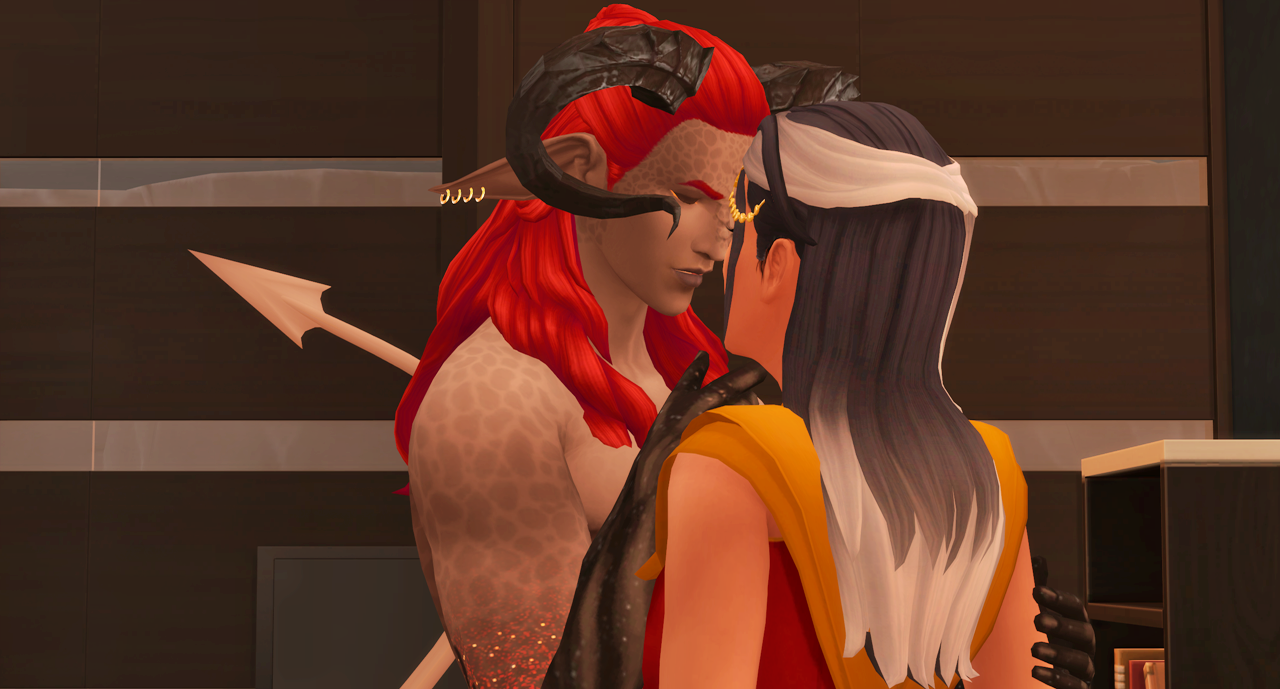 “Because forever’s a long time, and I want to be sure. Before we…mate, or have spawn, or make any big choices that involve both or either of us. But when the time comes, I hope my choices bring you only happiness.” 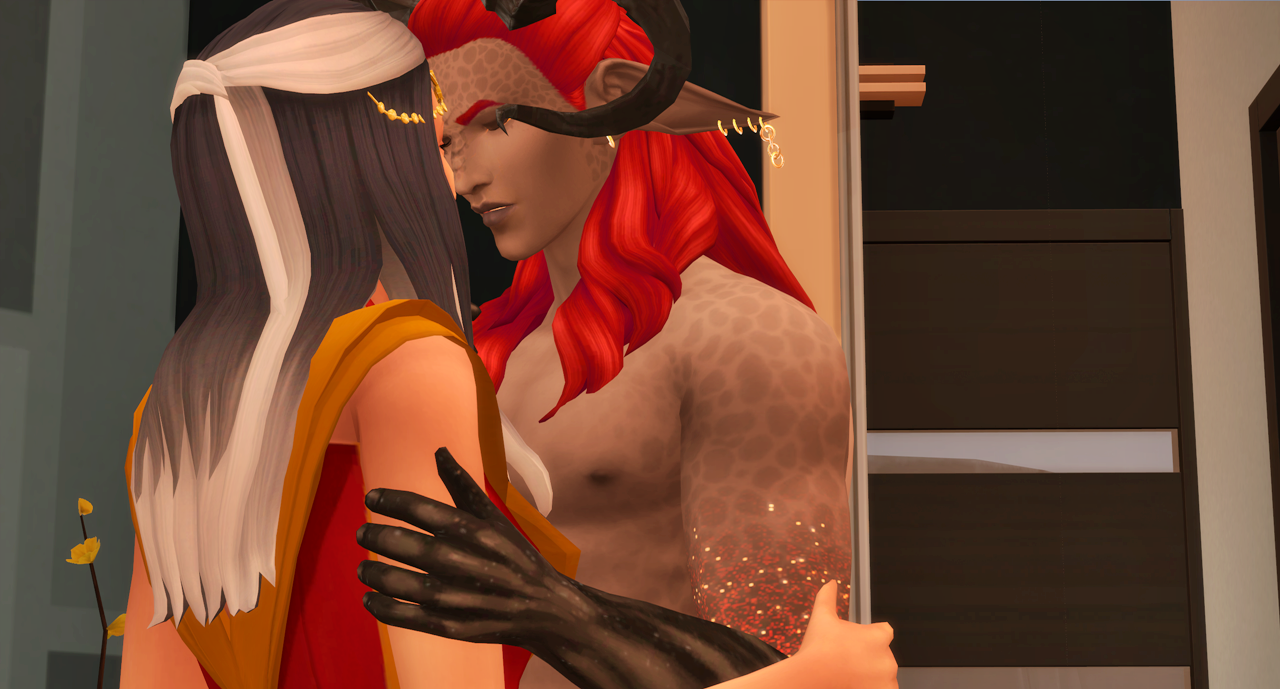 As she fell asleep beside me a short while later, she whispered, “You always make me happy, Mr. Ashes.” 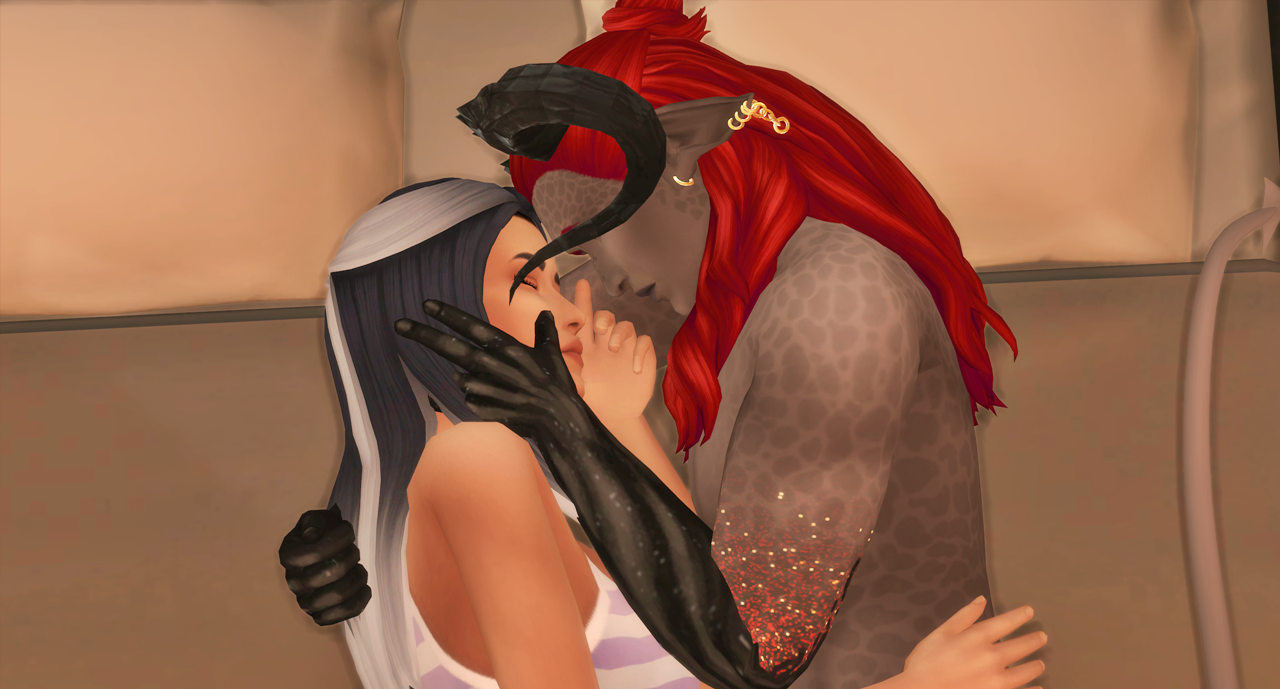 That night, I had the most vivid nightmare of my life, showcasing my own personal hell… 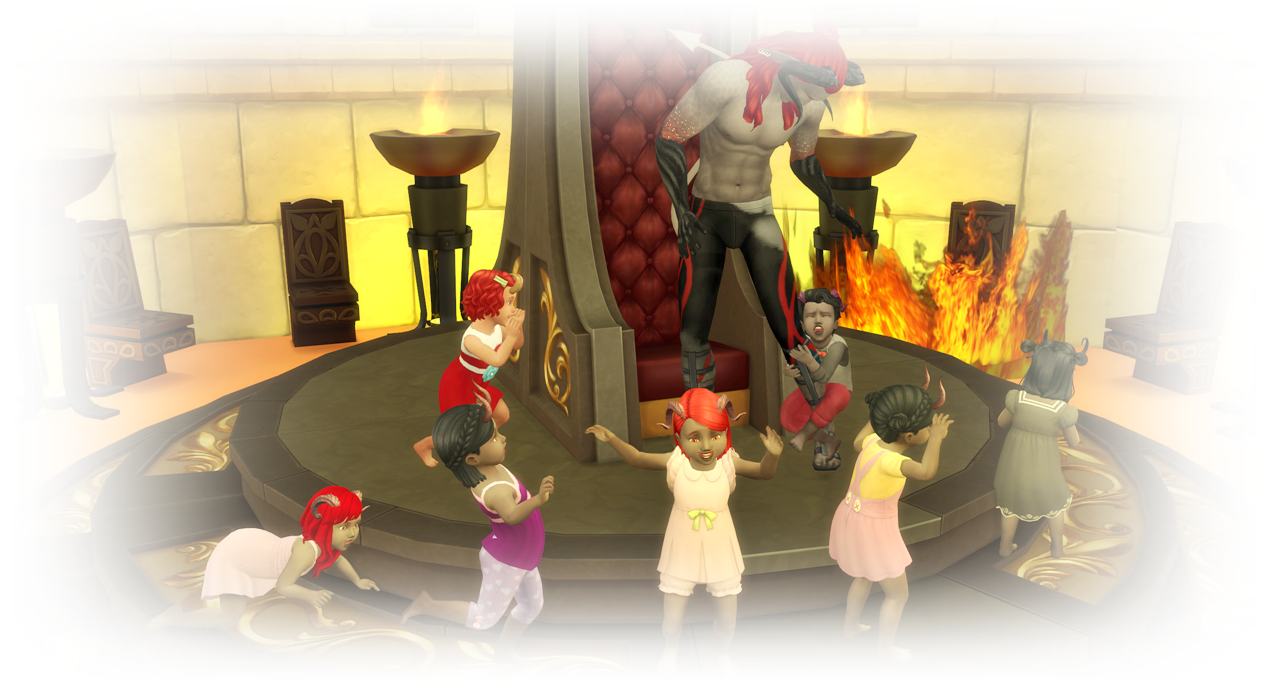 There was no escape.

But when I set my eyes on my queen’s joyful face…the torment faded, and the nightmare morphed into a manageable dream. 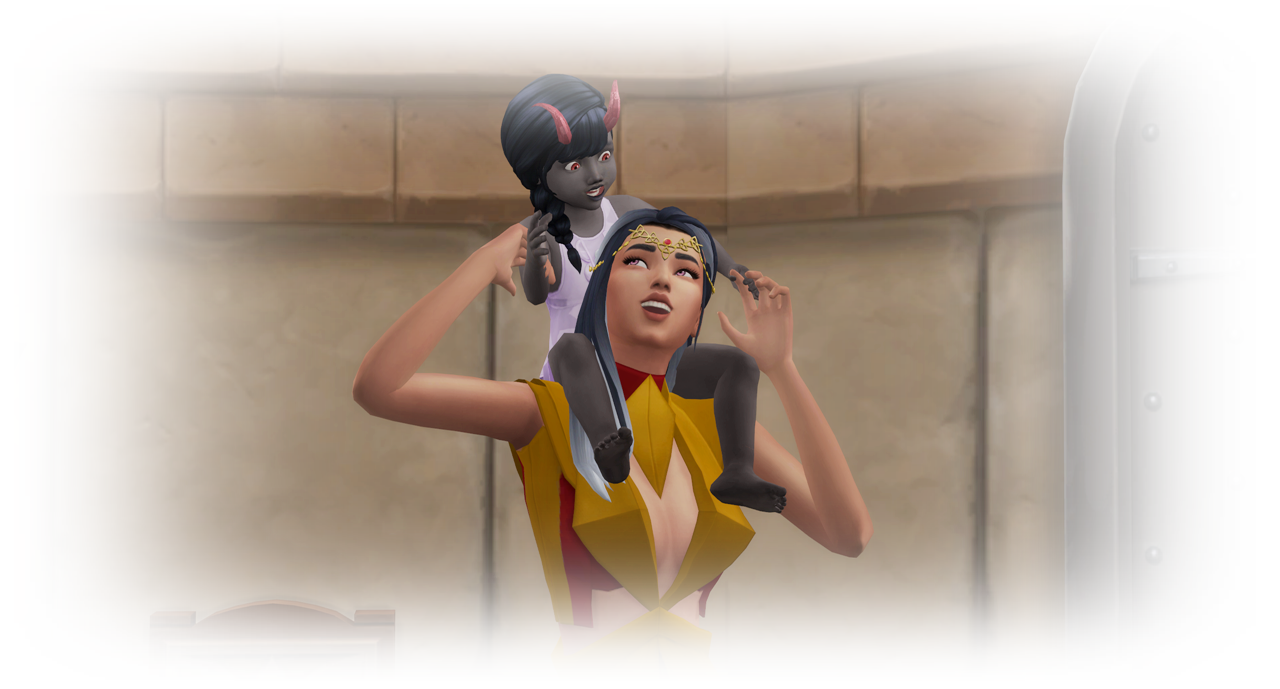 Yes, I would make her happy.