Unlike Ophelia, I didn’t mind “comfortable.” 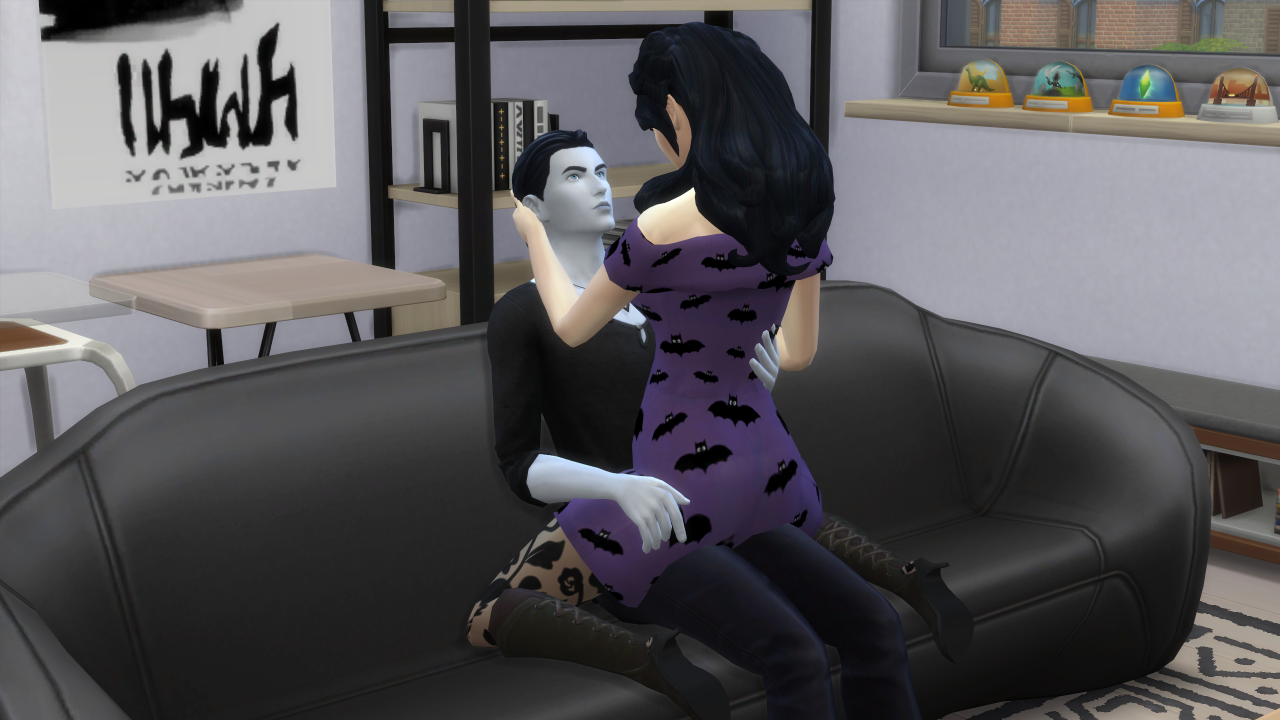 Comfortable meant peaceful. Familiar. Steady. I knew what she liked and she knew what I liked, but I knew she’d always crave more.

But I couldn’t give her more. I couldn’t give anyone more. My parents gave everything, time and time again, only to char themselves to ashes in the flames of their own passion. 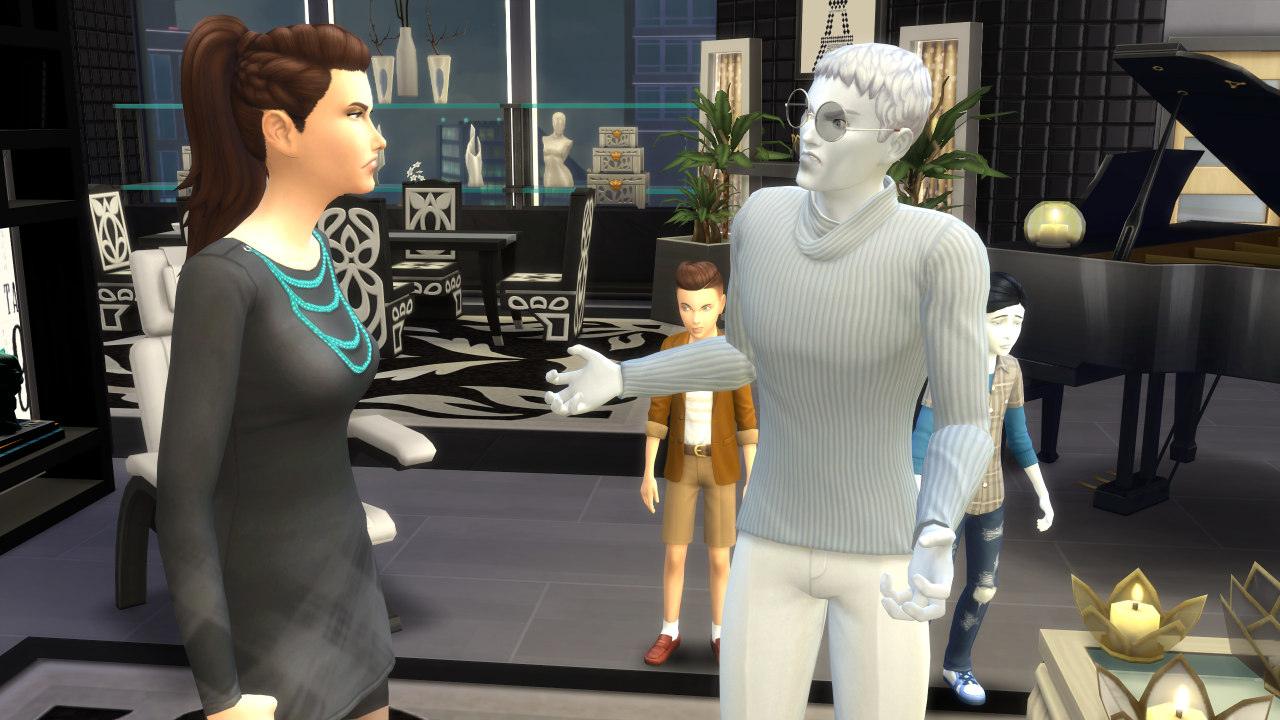 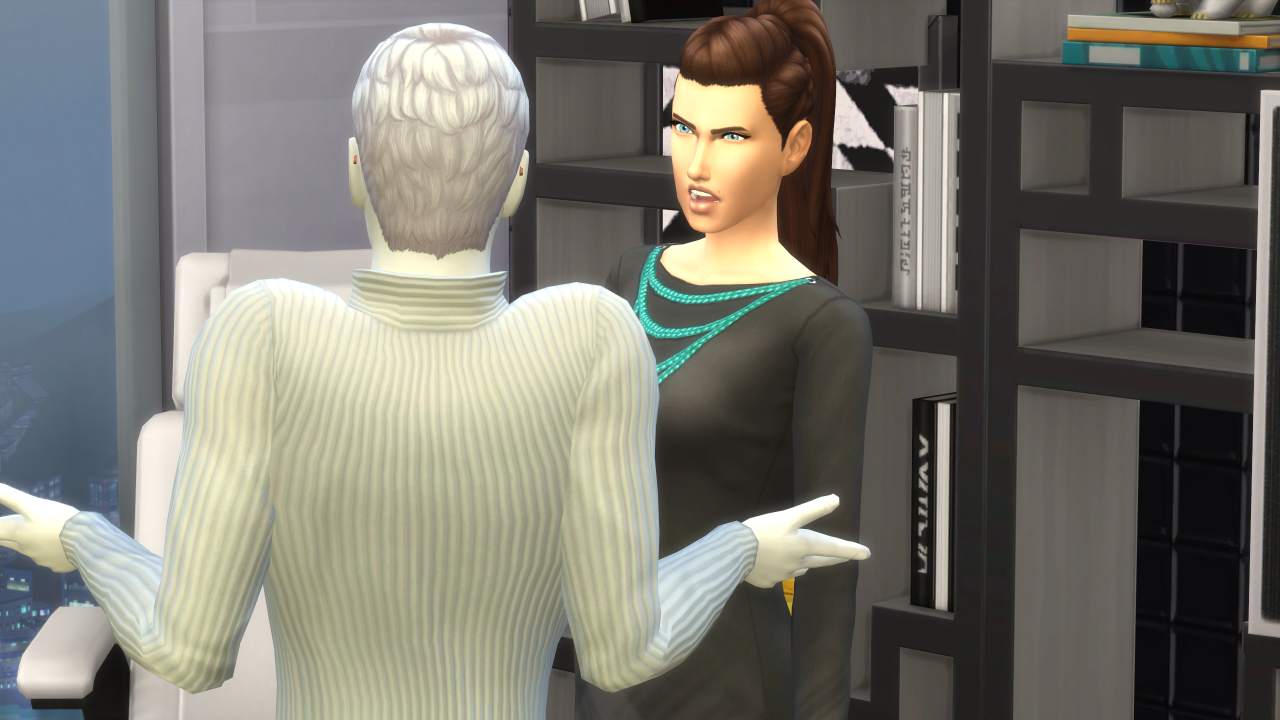 When we were young, Rhys and I could try to look away, but we could never drown out the sound. 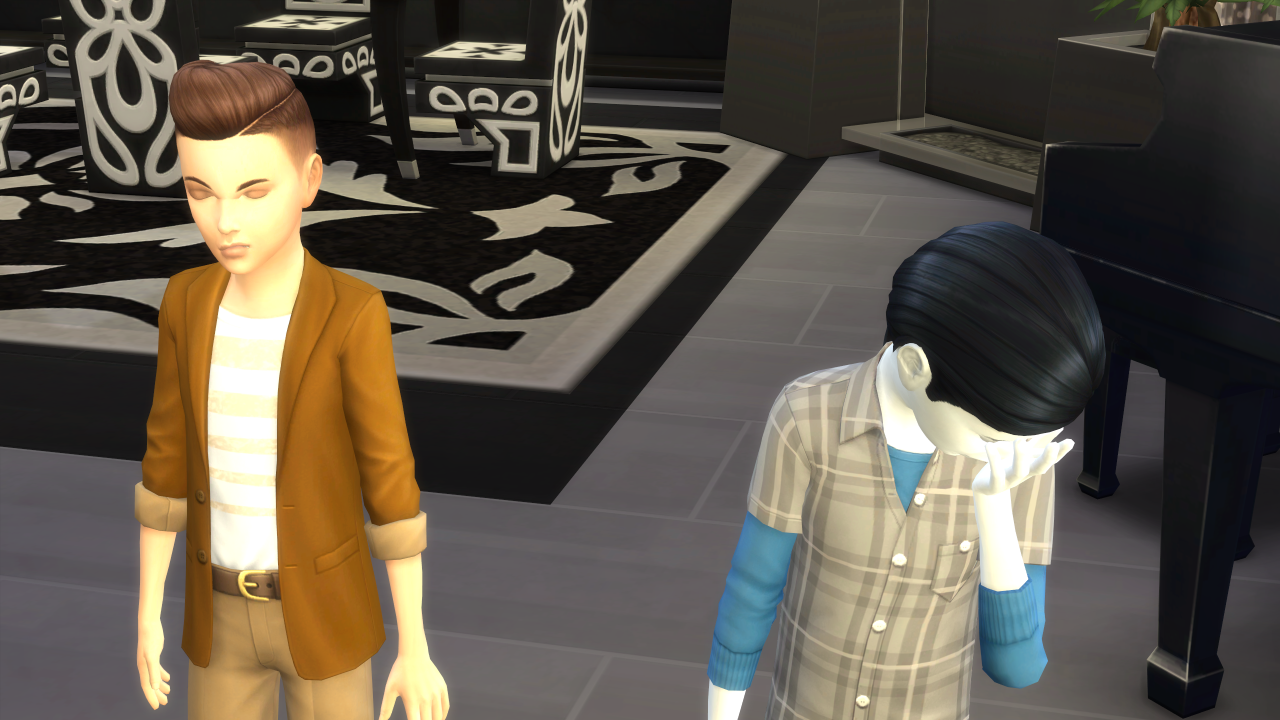 Even leaving the room wasn’t enough. 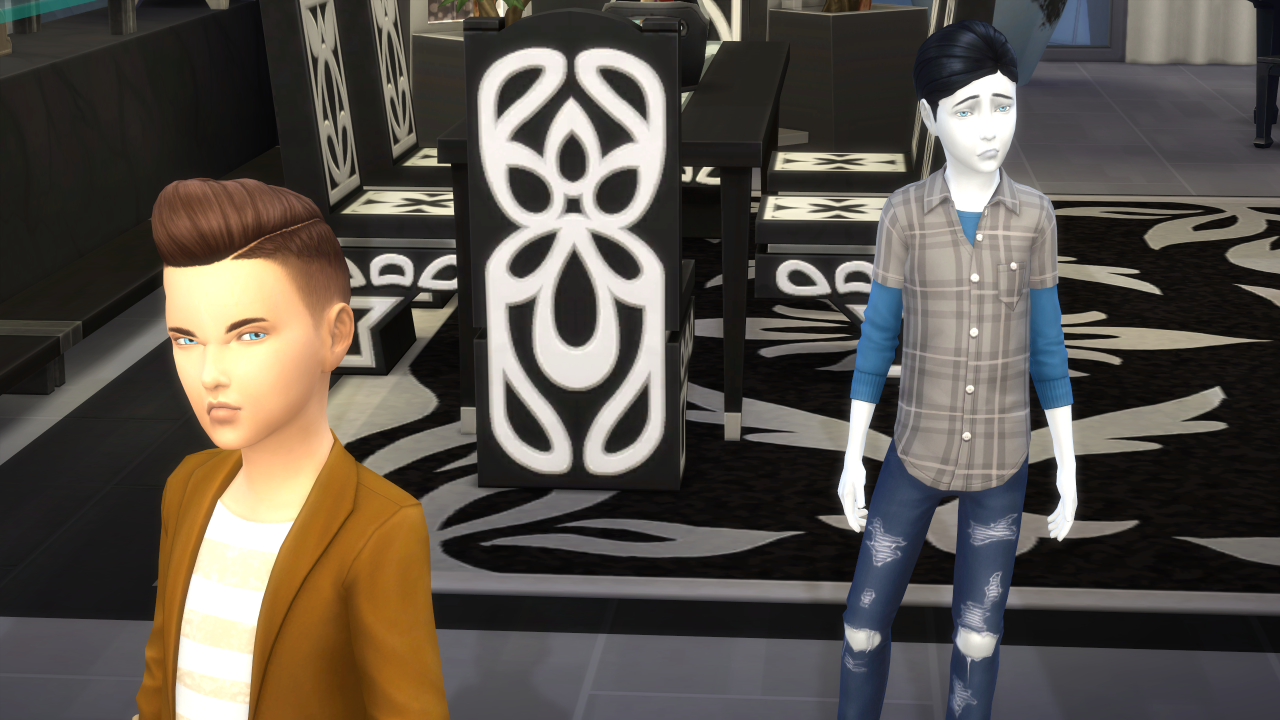 “Maybe we should try to help,” I suggested. I wasn’t sure how, but maybe if Rhys and I teamed up… 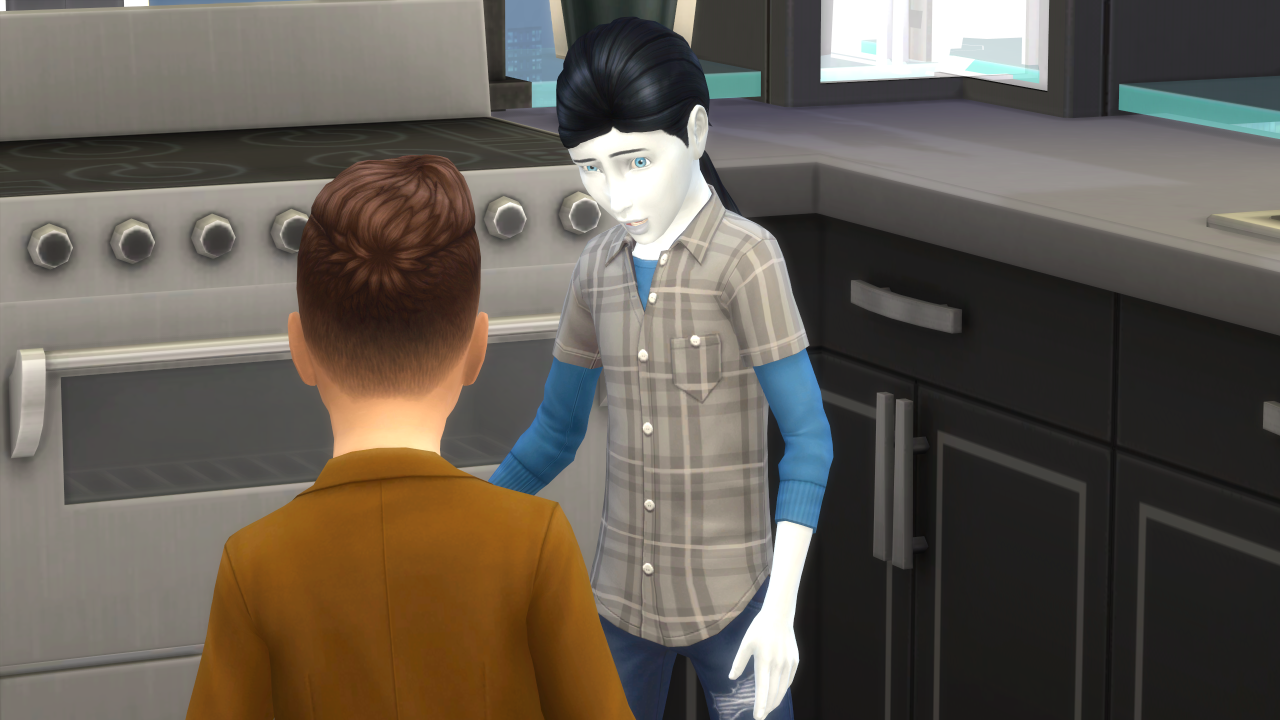 “Just ignore them,” Rhys said, acting as though he couldn’t hear them. He was good at that–pretending. He was the oldest, so maybe he had to be. “They’ll wear themselves out.” That sounded like our grandma, who always opened her theater’s doors to us if things got too chaotic. “Or they’ll just get another divorce and everything will go back to normal.” 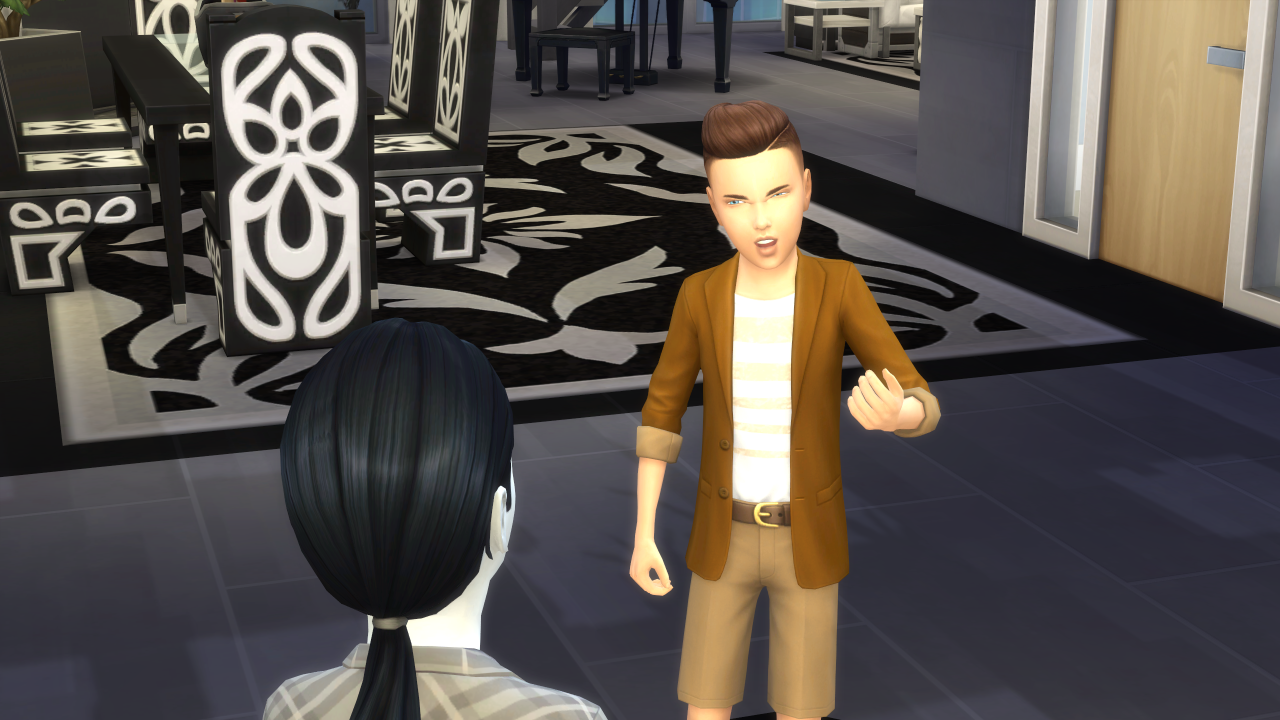 But it was a never-ending cycle, the passions and the relative calm. Together, our parents were like both the moth and the flame, no matter how many years passed or how many times they divorced and remarried. 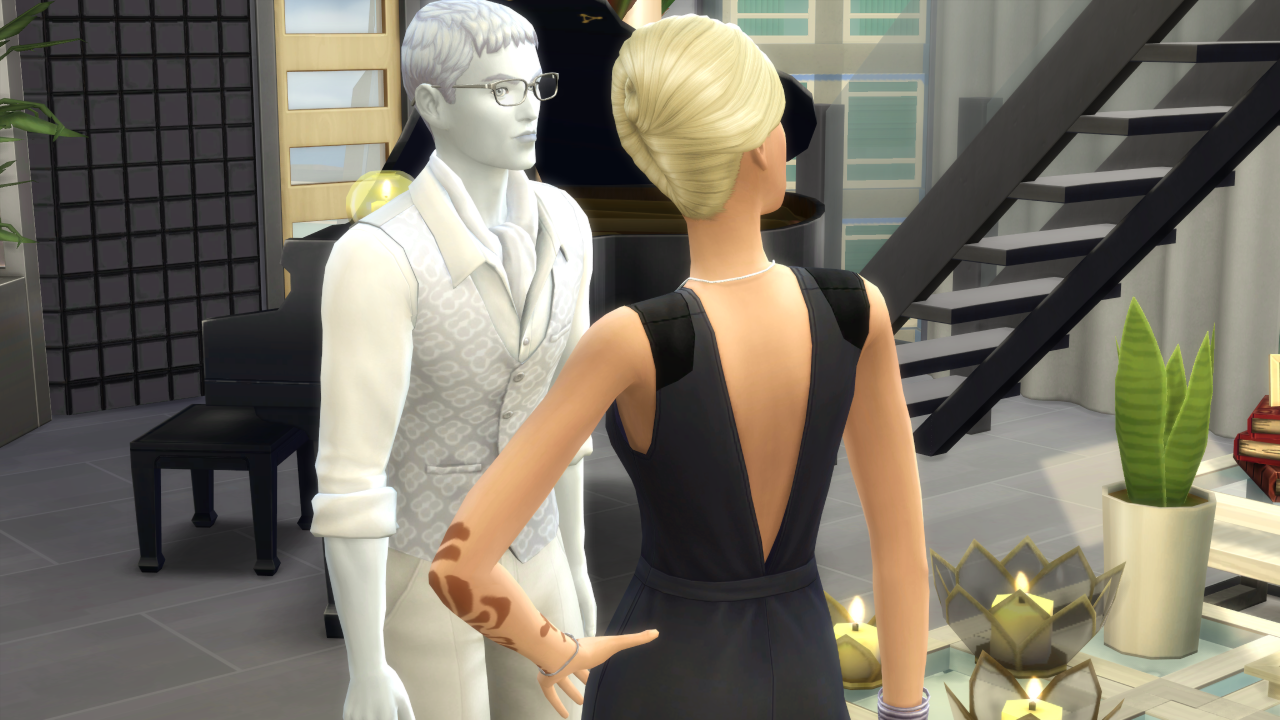 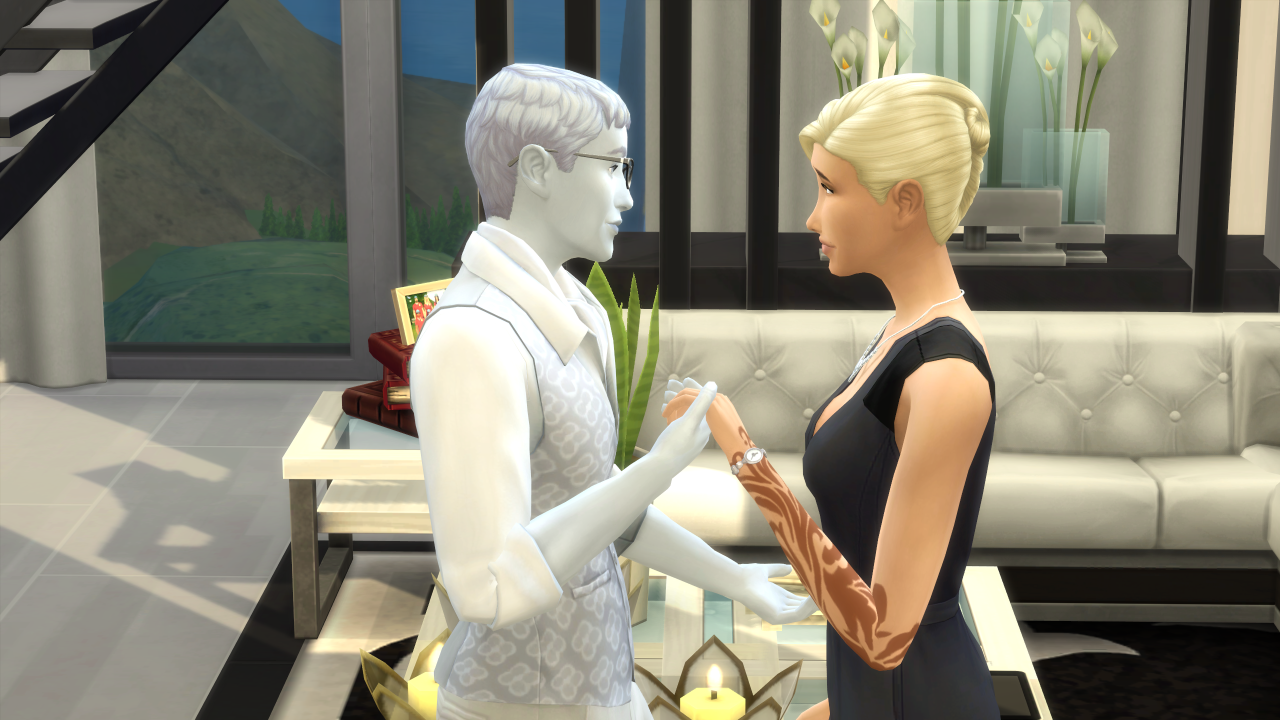 Maybe things would’ve turned out differently if they hadn’t asked Rhys and me to choose, if they could’ve come to some kind of an agreement back then instead. Gal was too young at the time, and I’d forever be grateful for that.

Even if Dad tried to hide it, I knew he got lonely easily. If neither of his sons chose to live with him, he’d carry that burden for eternity. 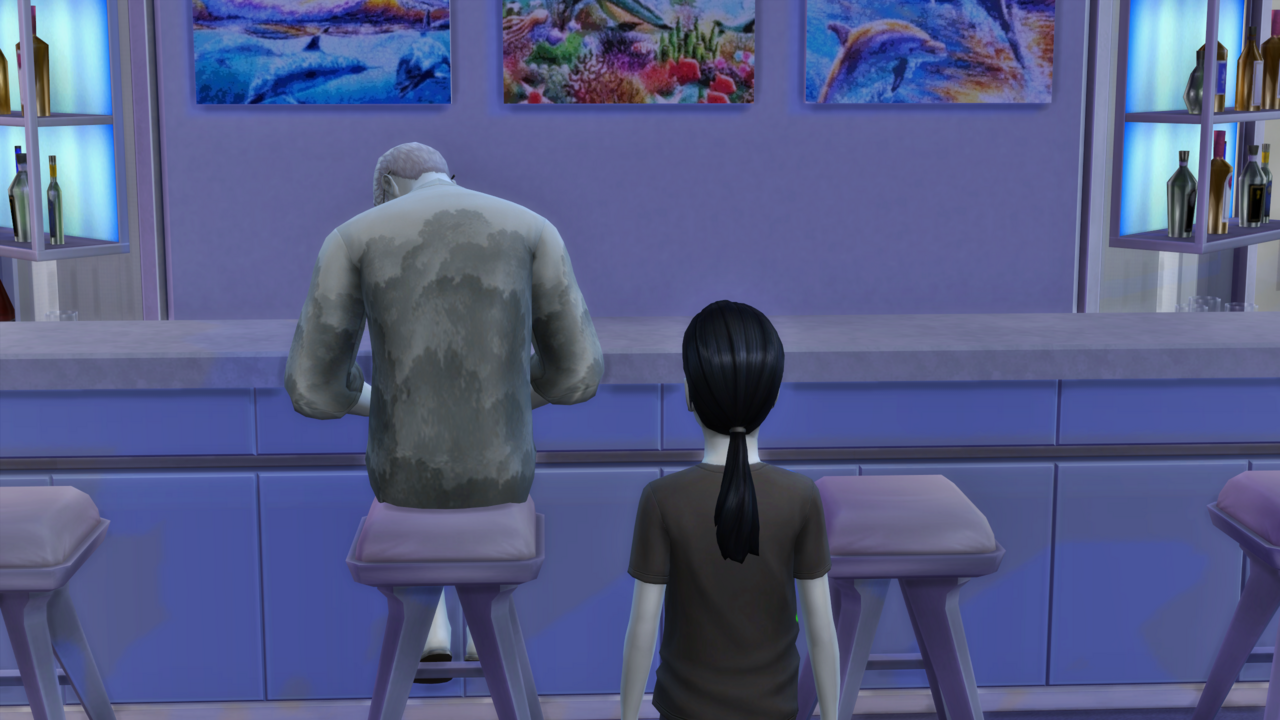 He always pretended like everything was a game. Mom hated that. But I could tell how relieved he was when I chose to live with him.

“Just us vampire men, eh, my boy? We’ll have plenty of fun without my lovely venomous moth flapping her wings at us.” 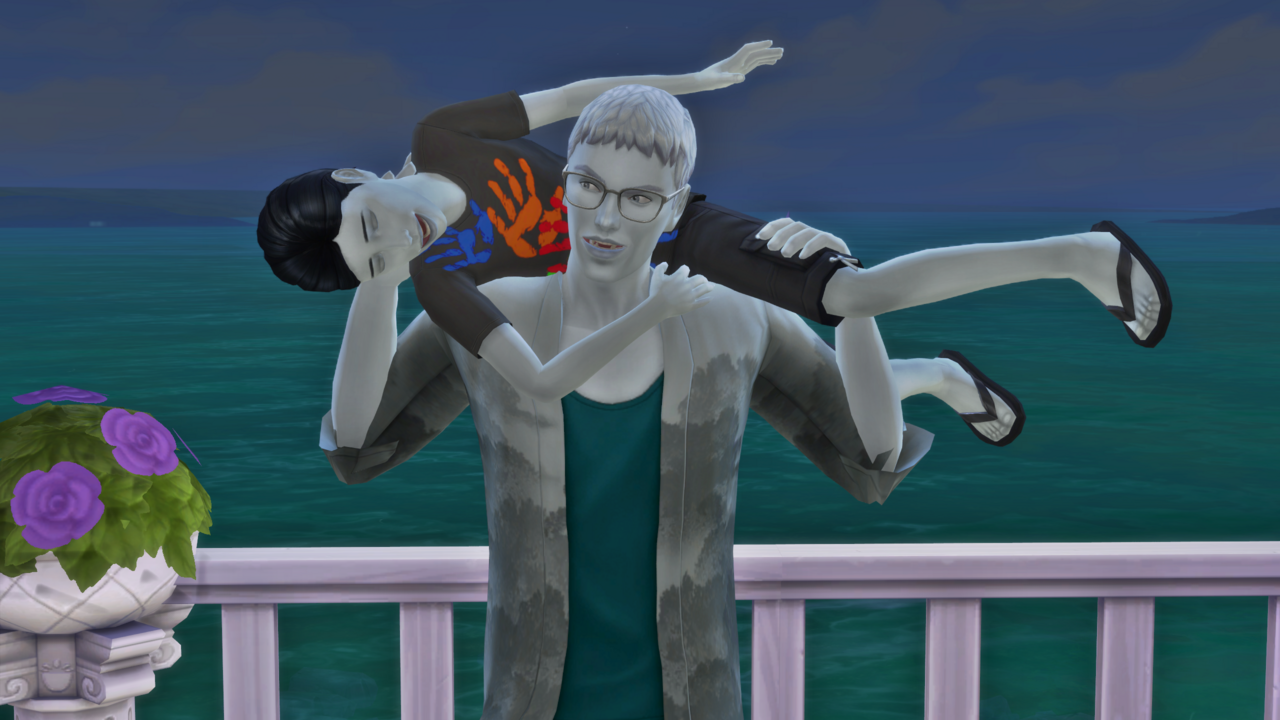 I wish we hadn’t had to choose…but I was glad to have a father when I needed one. He knew everything there was to know about girls, back when I had my first girlfriend, and…a surprising amount about boys, too.

“Do you think I should tell him, Dad?” I asked. Dad never minded when I stopped by his work–he always made time for me between shooting scenes. 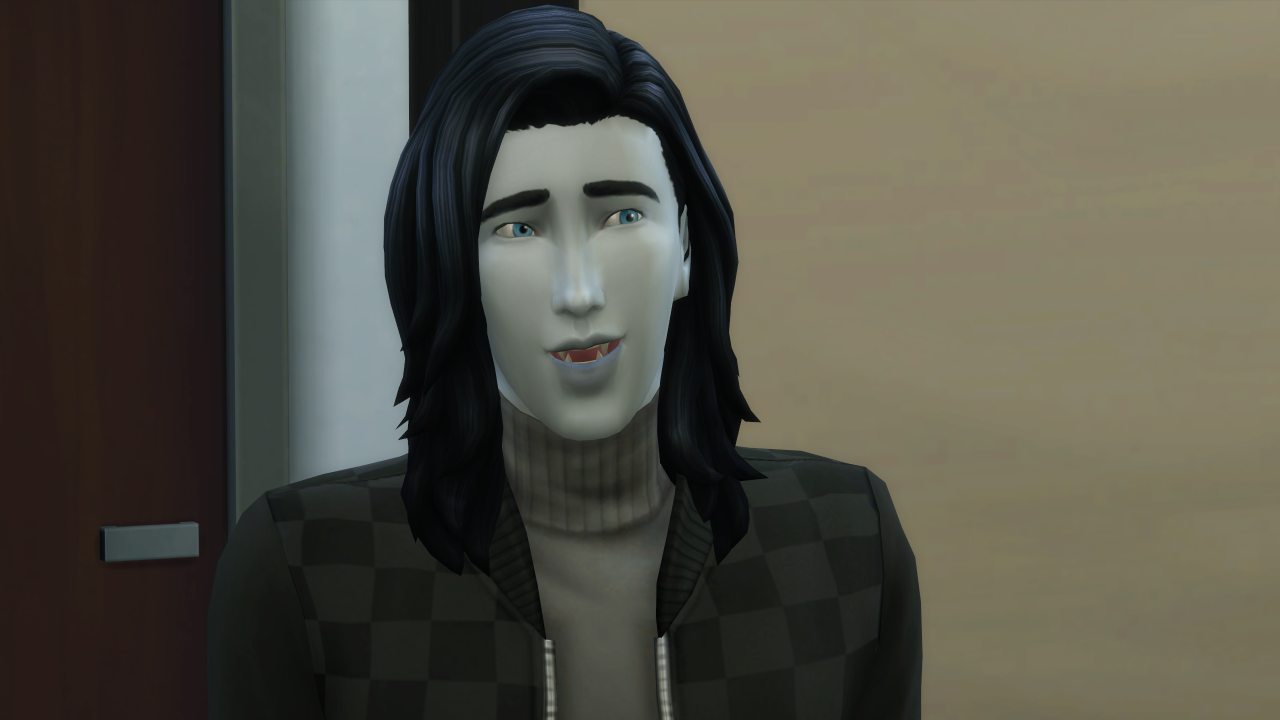 “The Lyons boy, is it?” He laughed. “Careful with that family, Finn. If he’s anything like his mother, his legs–or cheeks–won’t be easy to pry open with casual hands.” 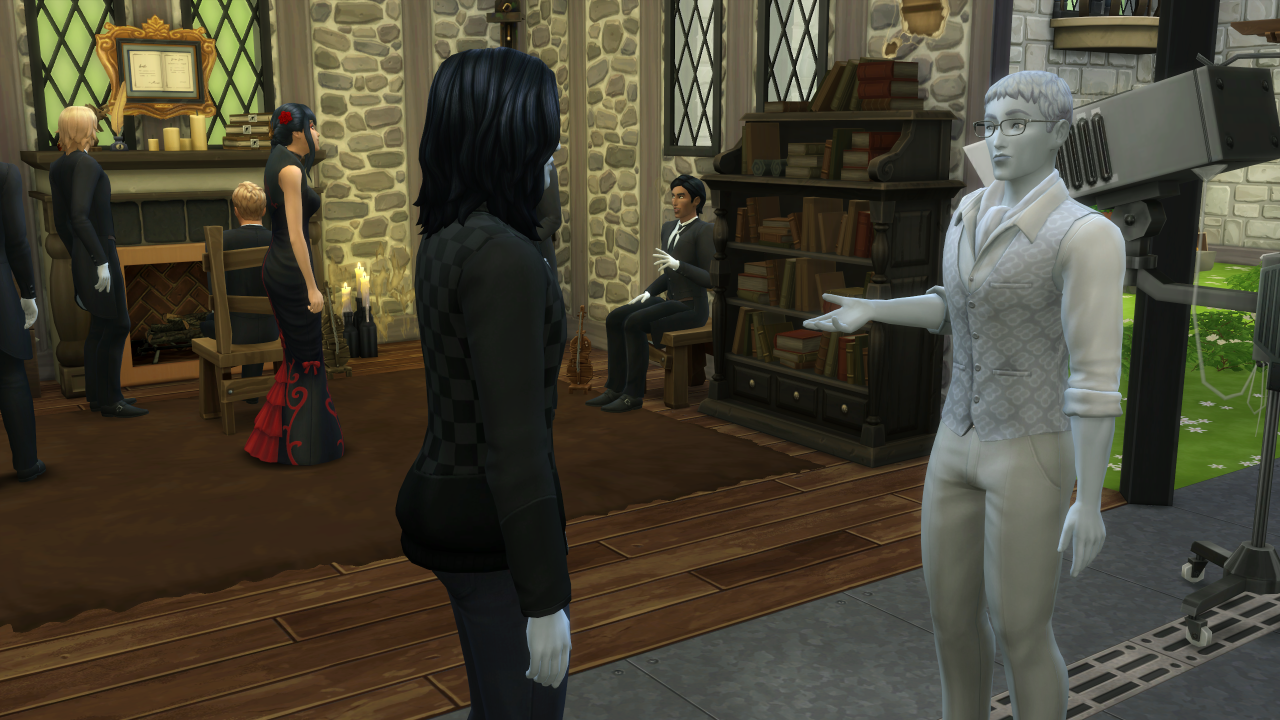 “I don’t want to have to pry anything open,” I said. Sometimes talking to my dad could be…difficult. “I really like him.”

I wasn’t sure when I first knew. Maybe that summer when we played the “manliest vampire game,” seeing how long we could lie out in the summer sun with only one application of industrial-strength sunscreen until one of us had to run back inside the house to avoid catching fire. 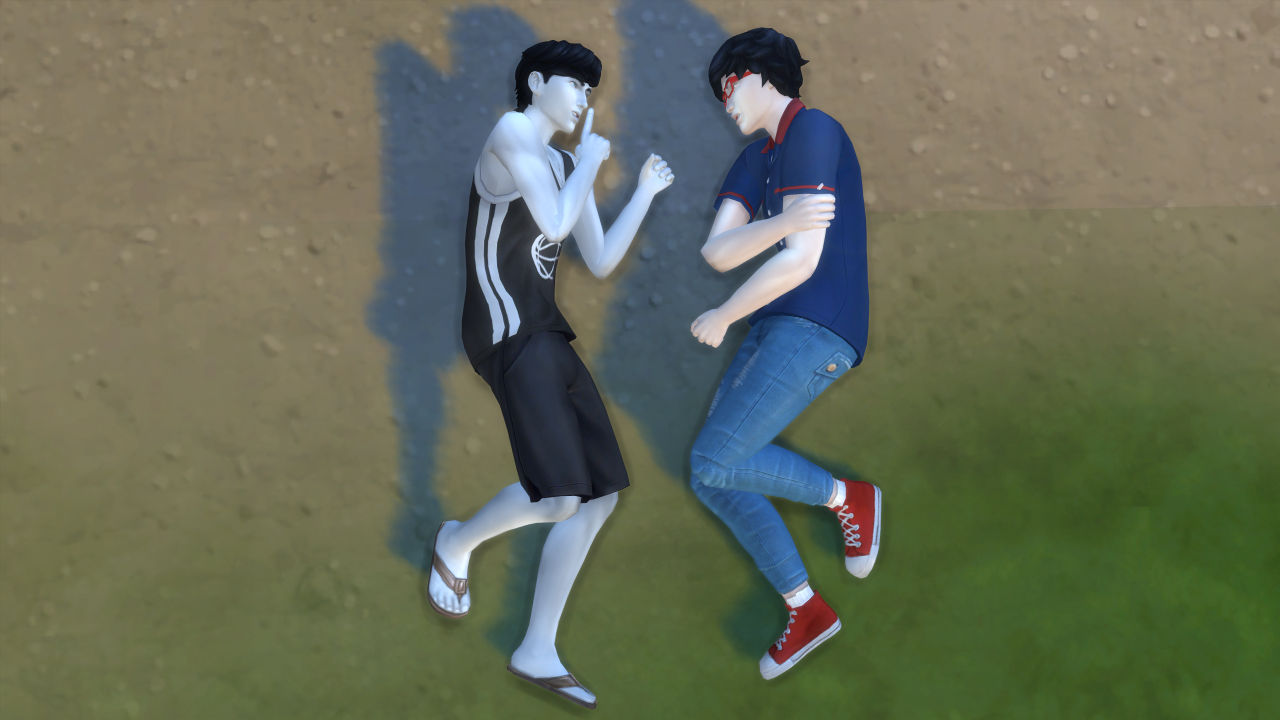 I’d bragged about my first girlfriend, and when he didn’t seem very impressed, I made up two more. 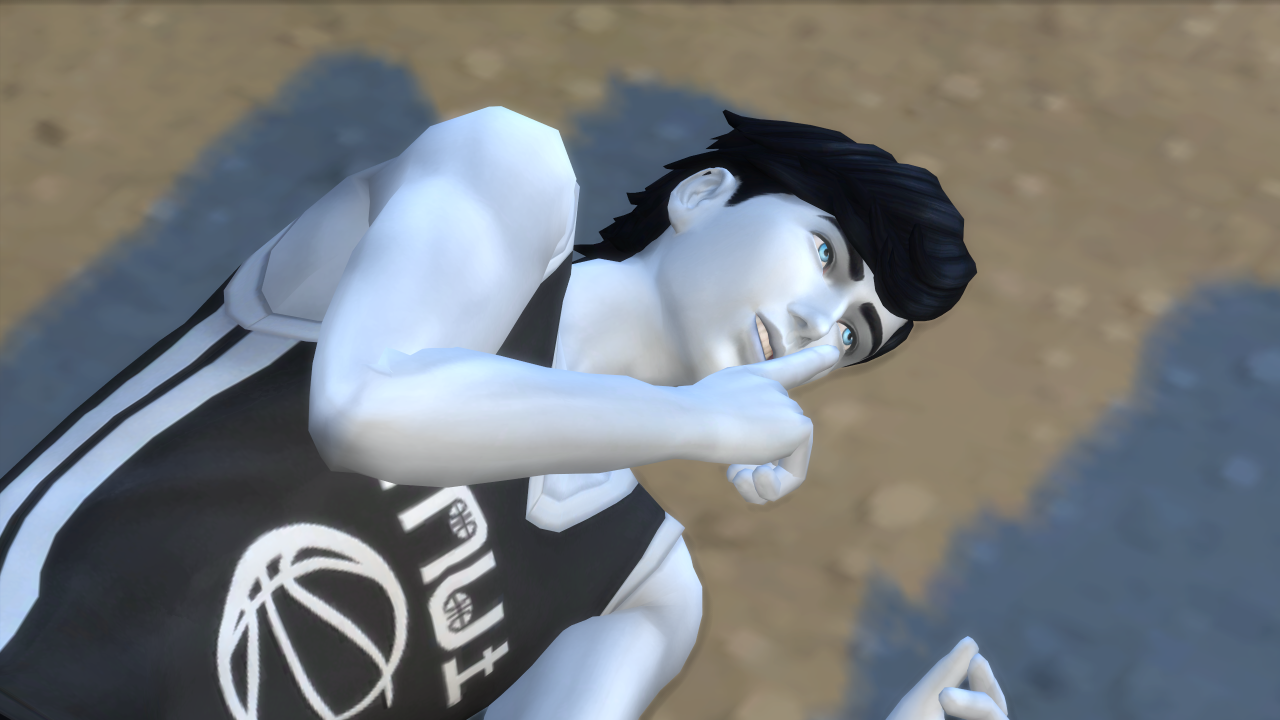 “But why do you need more than one?” Benny had asked. His B.O. was already pretty strong after seven minutes in the sun, but luckily I was a vampire and could hold my breath for eternity. 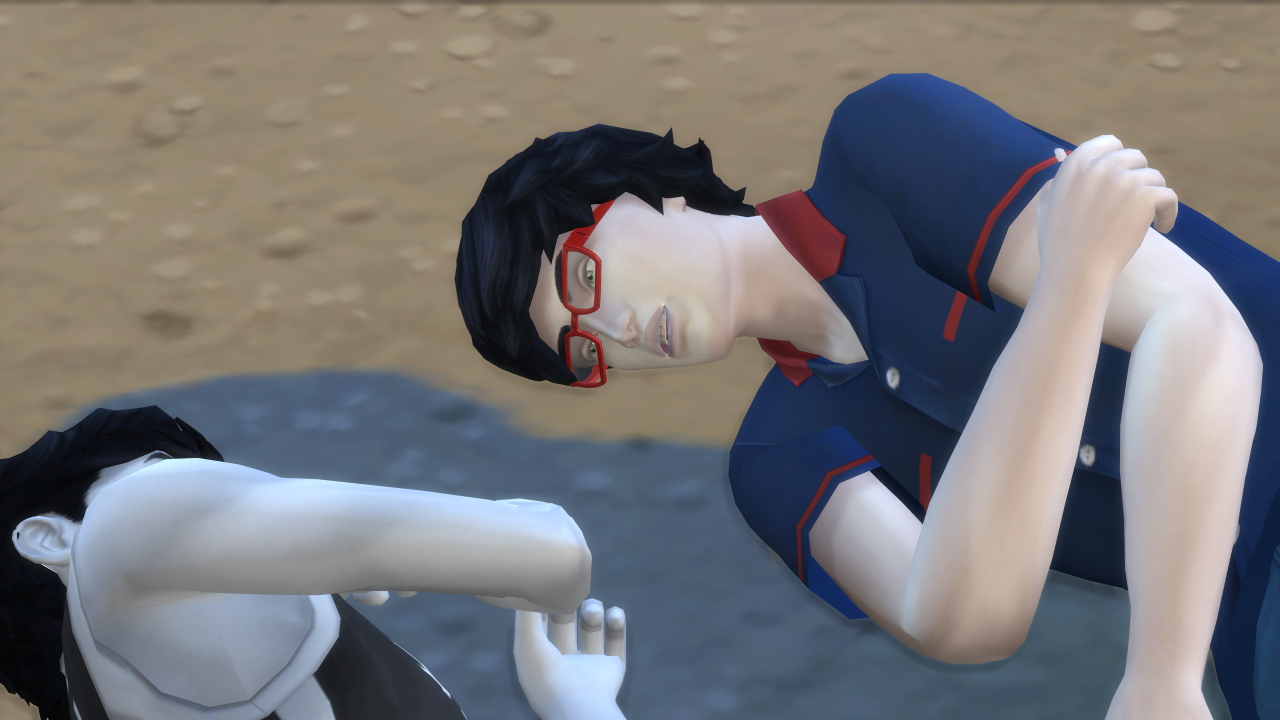 I didn’t have an answer for him, not at that moment. But I knew I wanted to impress him, and not just because he was older.

It was comforting, to text him about my parents’ divorces throughout the year and then look forward to seeing him during the summers. He even offered to dress up as a butler and spill tea on my parents to get them to stop fighting (except he spelled it tee–but I thought his terrible spelling and excessive punctuation were really funny in a cute way). 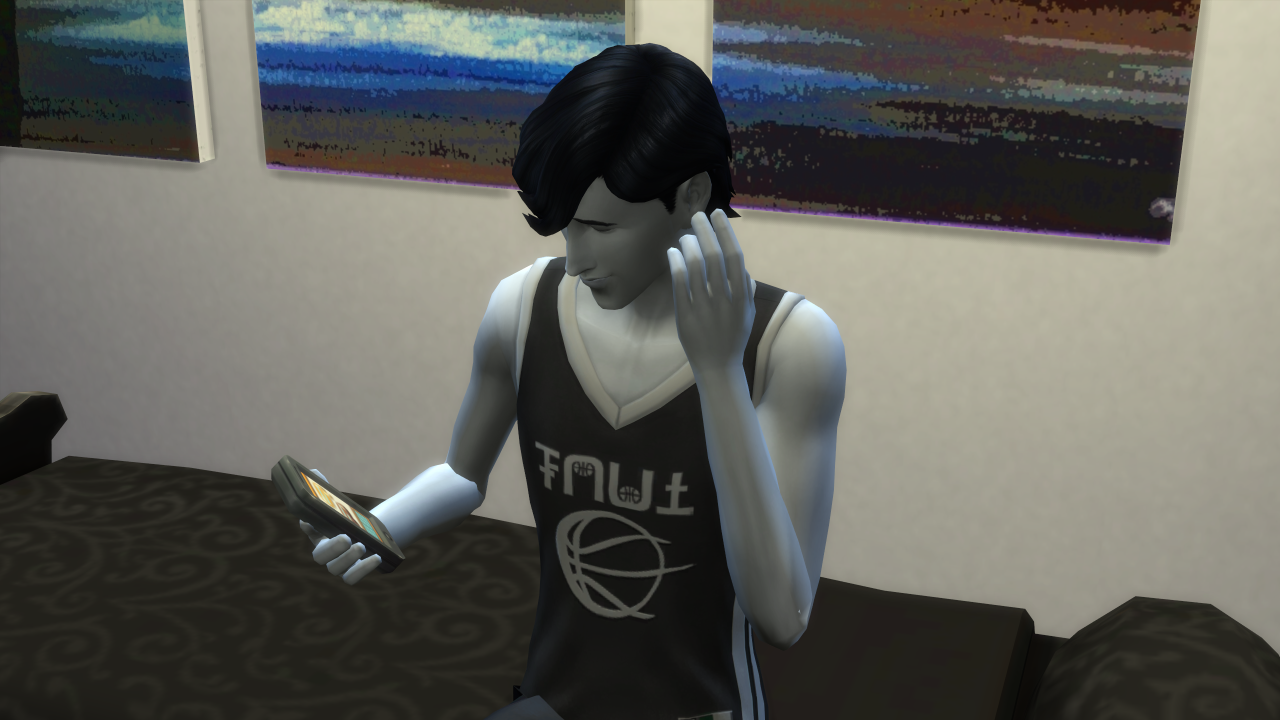 I wouldn’t have even considered telling him how I felt if it weren’t for all the butler pics he texted me. Rhys only liked girls, as far as I knew, but I took after our dad. And Benny texted me a lot of shirtless butler pics. A lot. I mean, maybe he really did want to know what I thought of “this monocle” or “those gloves” from his dad’s butler catalogs, but… 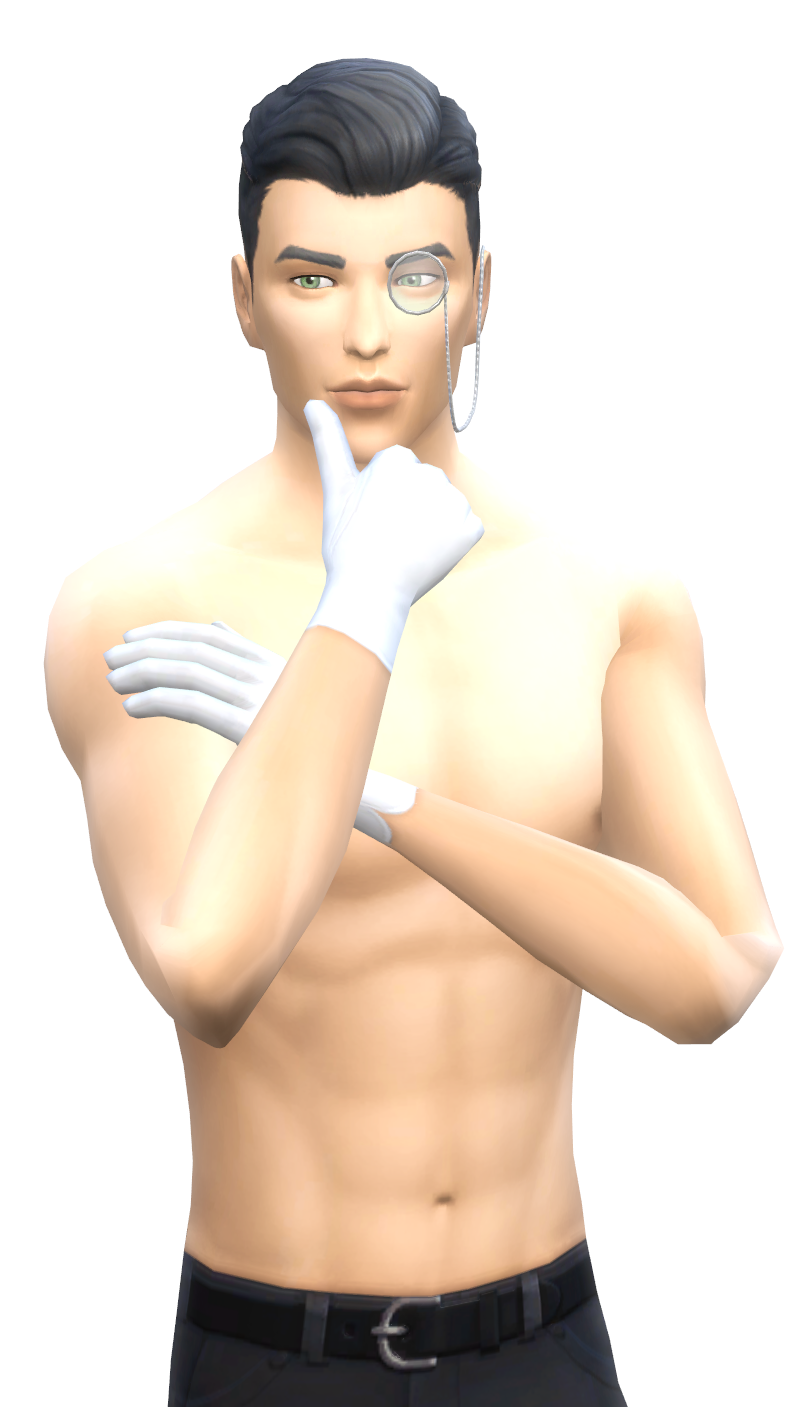 And just because he liked shirtless butlers didn’t mean he’d like me. I was scrawny. And not a butler. But I’d started working out that year… “So should I tell him?” I repeated, after my dad got distracted by the actress adjusting the neckline of her vampire dress. 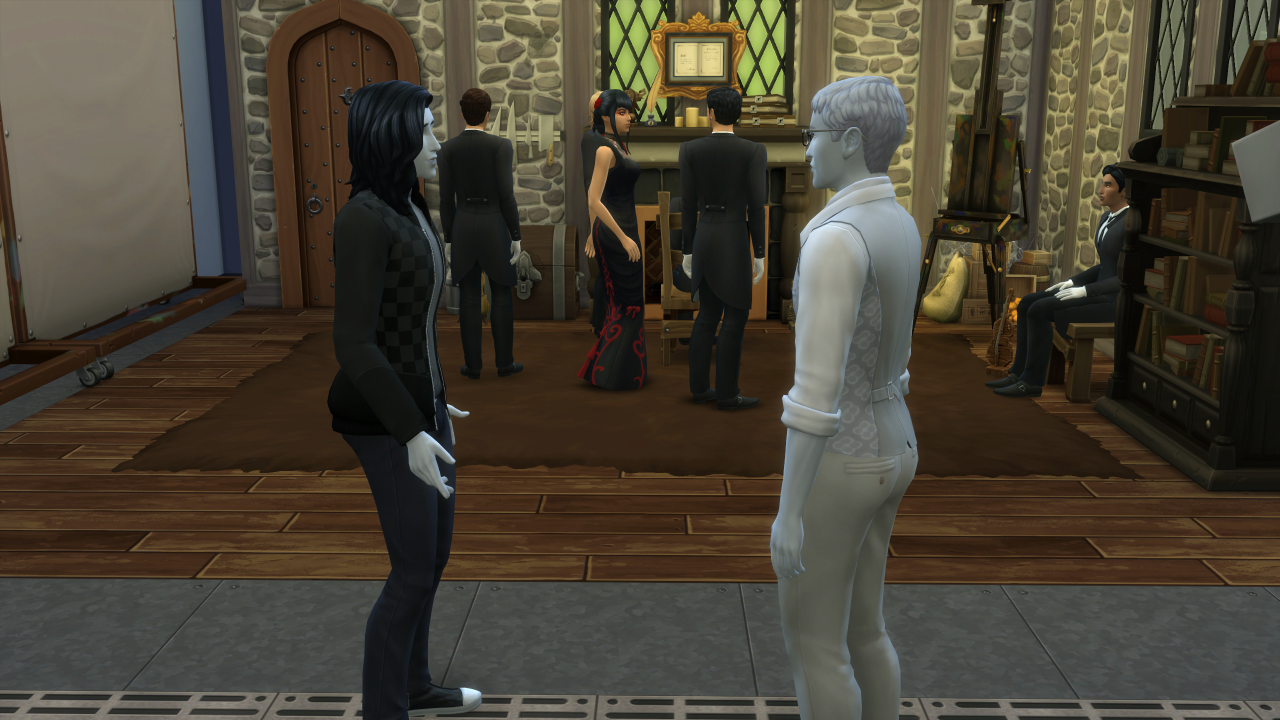 “Ah, let a cruel, cruel Lyons crush your unbeating heart early, my boy,” Dad said. “Might as well get it over with as soon as possible. And the girl will probably be a beauty when she grows up–hmm. I do wonder how much she’ll take after her lovely mother…” 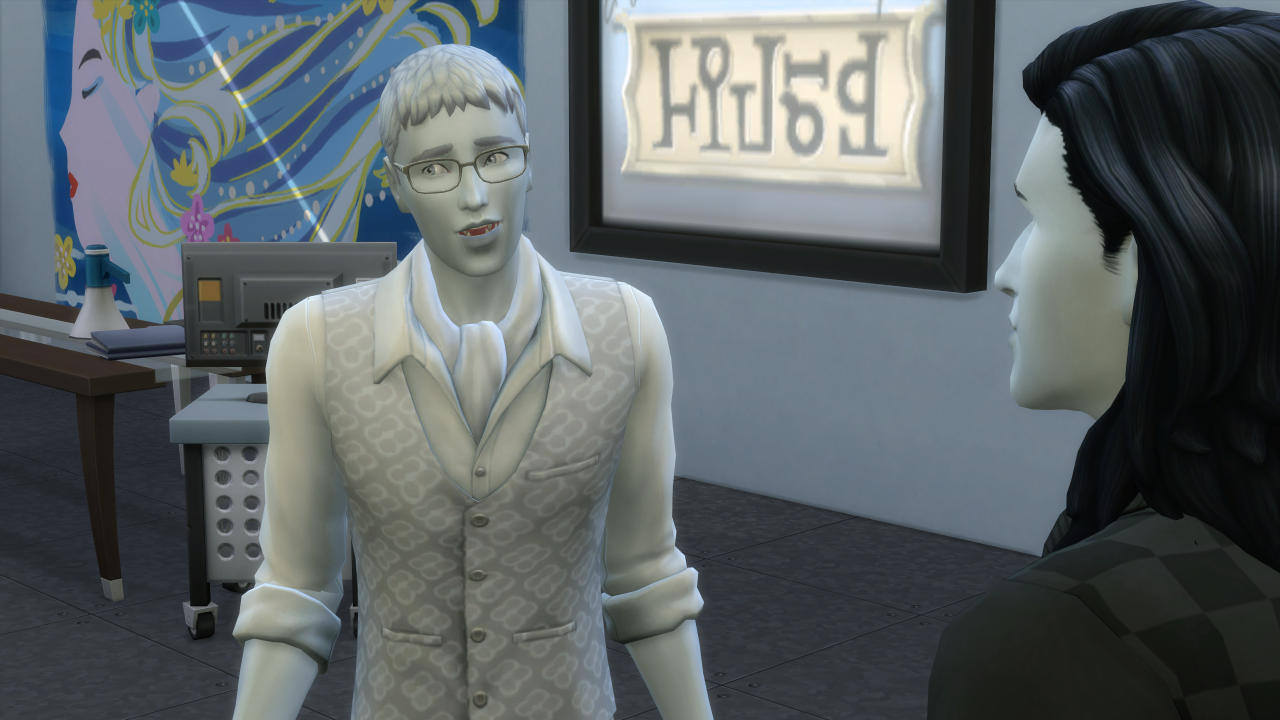 “Dad,” I said quietly. “If you ever lay a finger–or a fang–on Ophelia, no matter how old she is, I’ll move out and never speak to you again for the rest of my immortal existence. I mean it.” 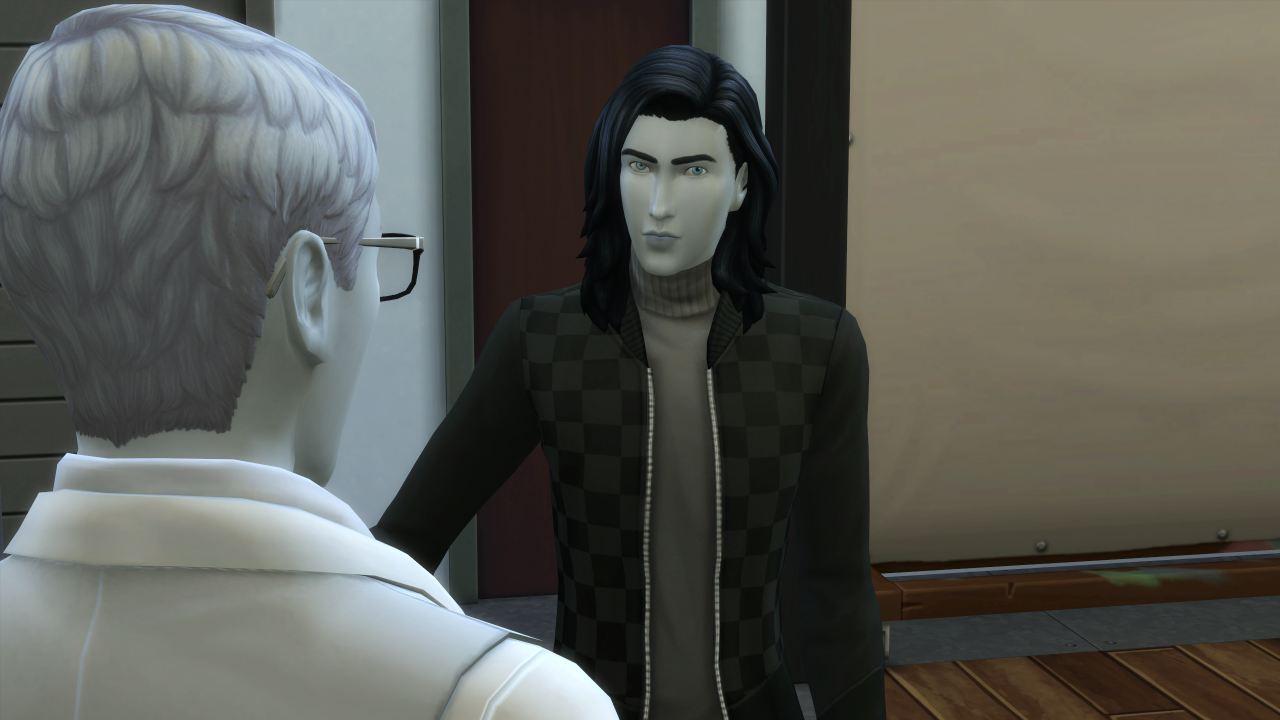 “It was only idle curiosity, nothing at all to worry about,” he said smoothly, though there was a tinge of genuine fear to his words. But at least I knew he wouldn’t bother Benny’s little sister. He didn’t want to be alone. “And if he refuses, remember that the world is your buffet.” 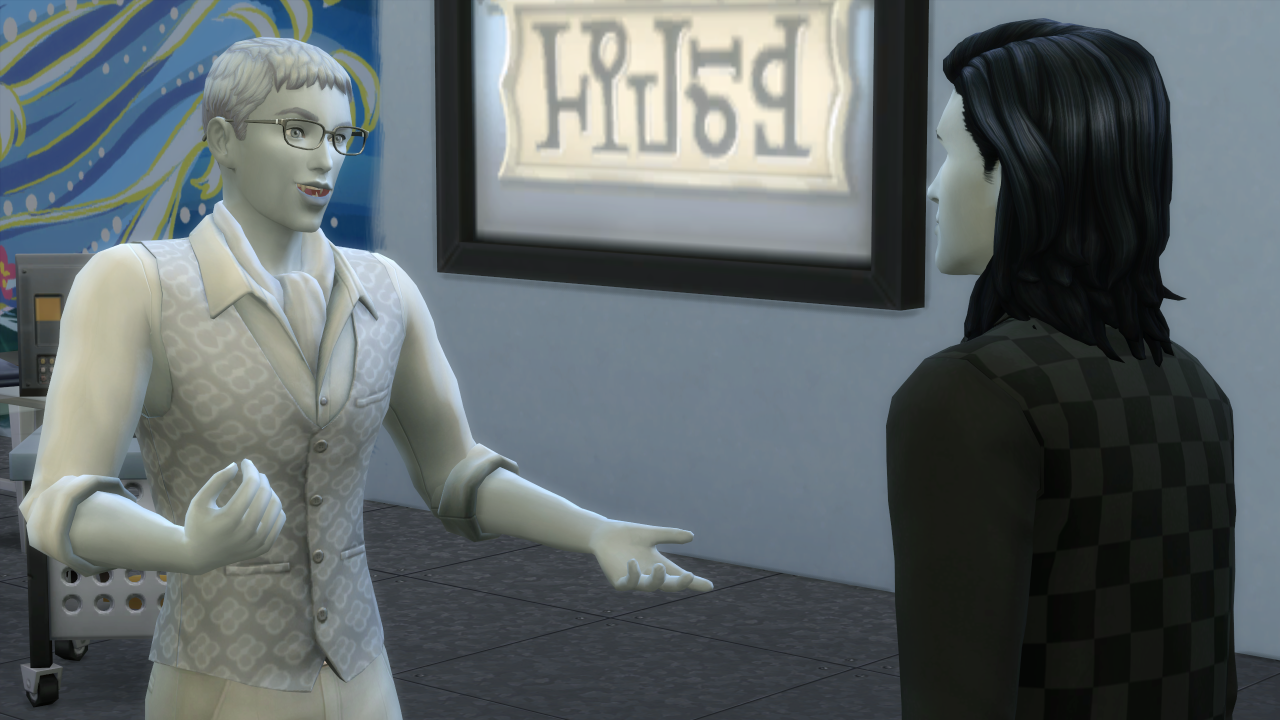 “I don’t want a buffet,” I said. “I’d be happy with just a single plate…” Just Benny. Everything would be nice and easy and comfortable, since we were already friends… 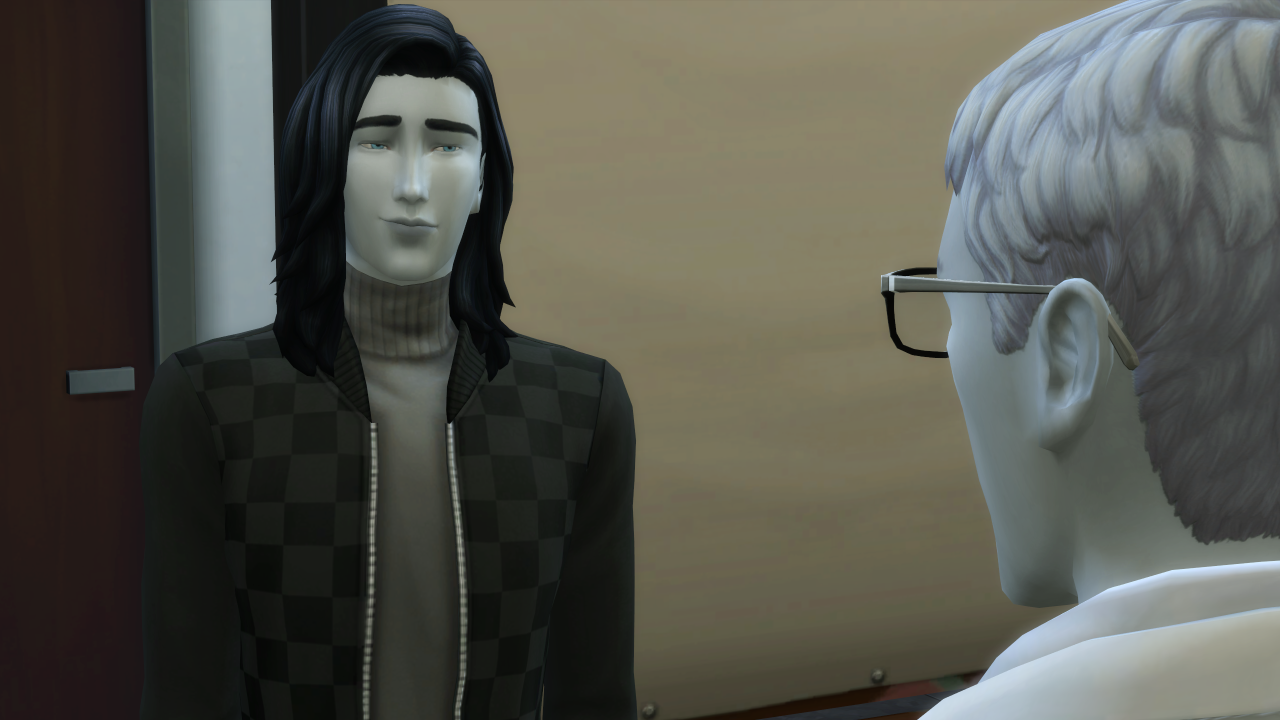 But in the end, it wasn’t anything at all. Maybe, if my parents weren’t who they were, I would’ve mourned more deeply when he rejected me. I was disappointed, and embarrassed, but not…devastated. I probably mourned the loss of our friendship most of all.

I’d seen what it was like to love someone you could never have. I wouldn’t follow in my dad’s footsteps, not down this path. 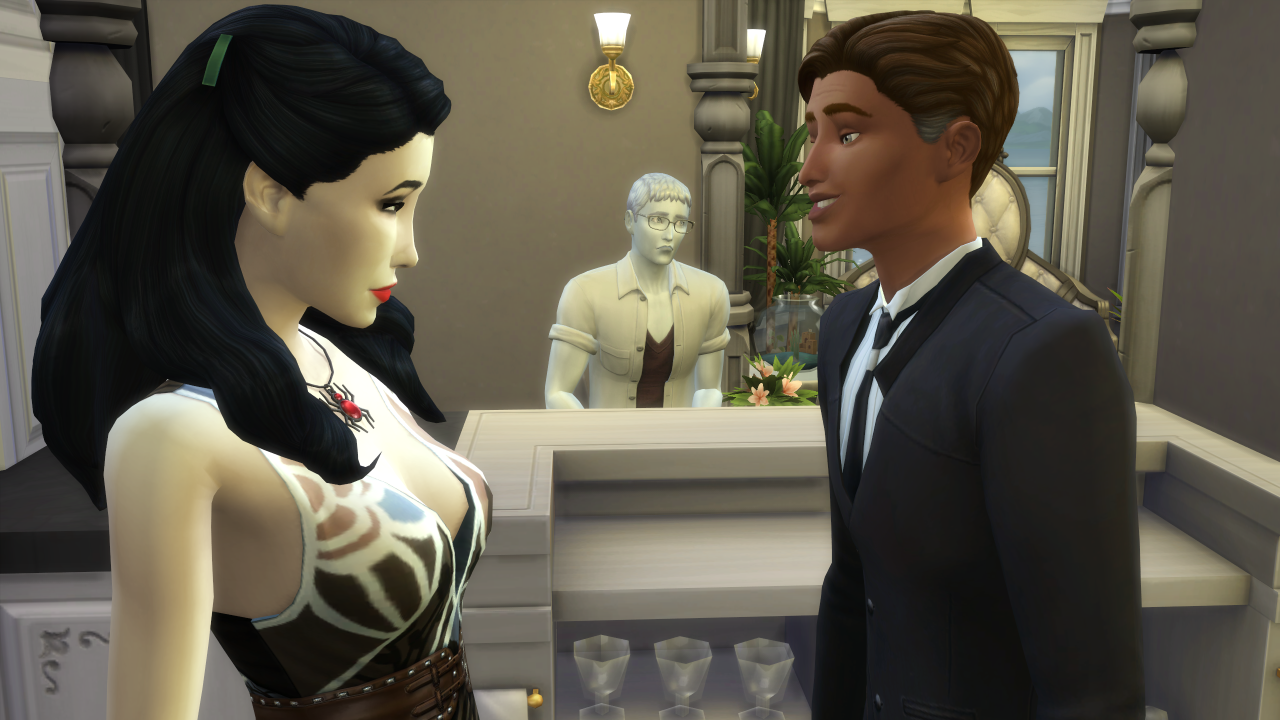 You couldn’t watch and pine forever. You had to walk away at some point… 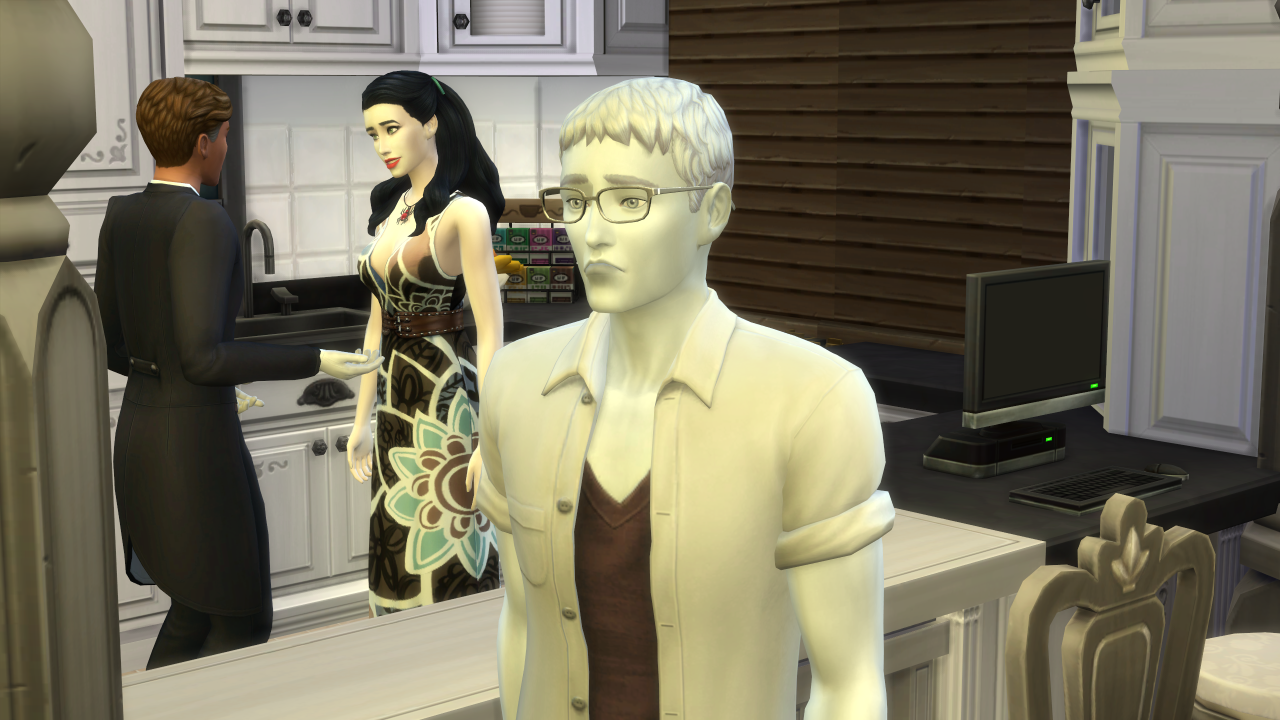 But sometimes I still thought of those days, when Benny and I spent our summers together. I knew that things were different now. Even after he ended up working at the coffee shop directly beneath my apartment, he always avoided looking at me when I passed by every single day. He was done with me.

But that was okay, because I’d always remember when he was my friend. I welcomed whoever wanted my company. And I could let them go. I was glad to be a part of their lives, for however long they wanted me. 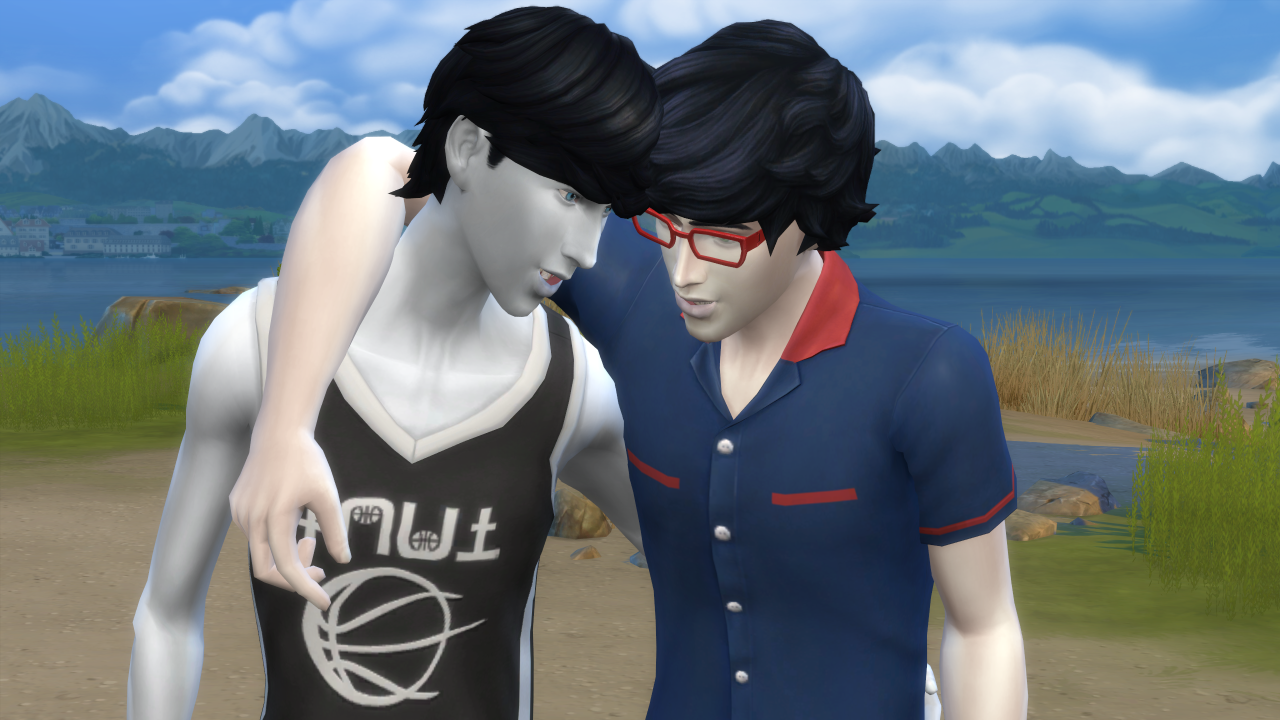 I wouldn’t lie to myself about the present, though, even if I had to lie to other people. Dad had asked me to do him a favor, except it wasn’t for him, it was for my little sister. “The Strider boy was good for her, I think,” he’d said. “I think the girl might be good for her too.”

But I wouldn’t lie to my accomplice. 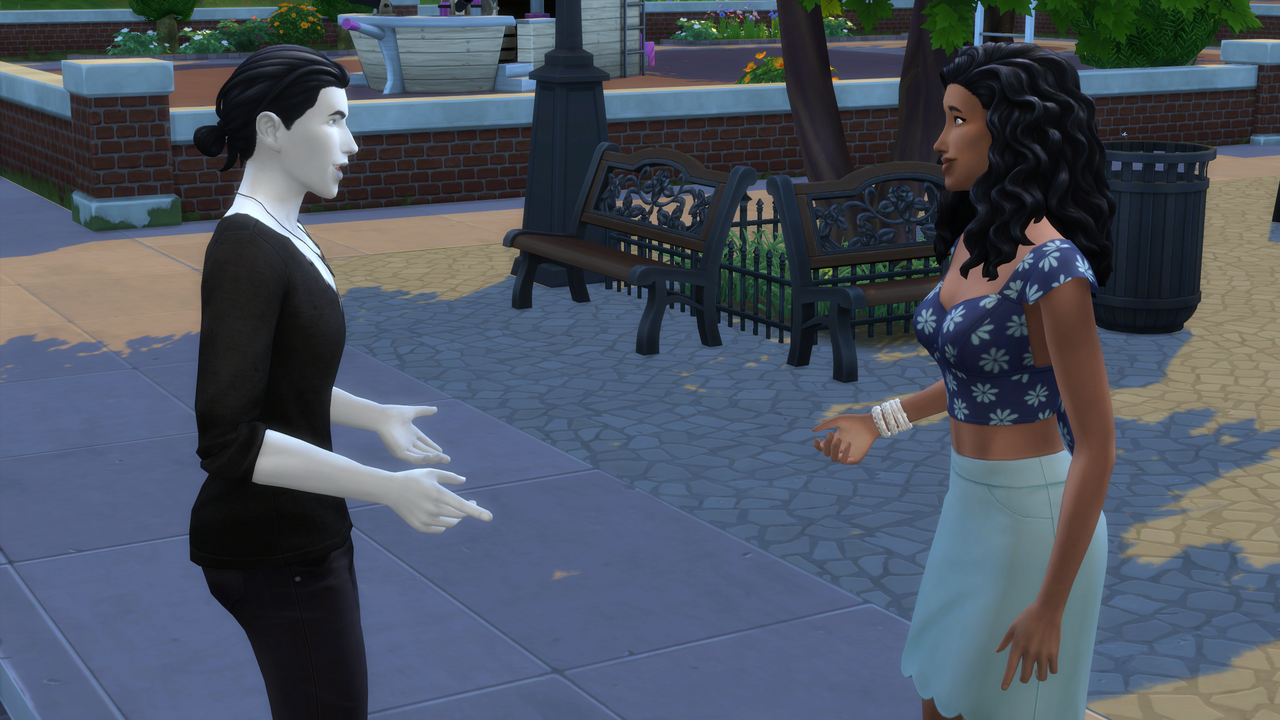 “Ohmigosh, I totally understand,” Daisy said. “I’ll do everything I can to make her feel welcome. And not just because of the free Starlight Shores rent, which is so totally generous! I’ll try reallyyy hard to be her BFF too. This town can be so cold and scary sometimes, especially if you don’t know anyone, and–” 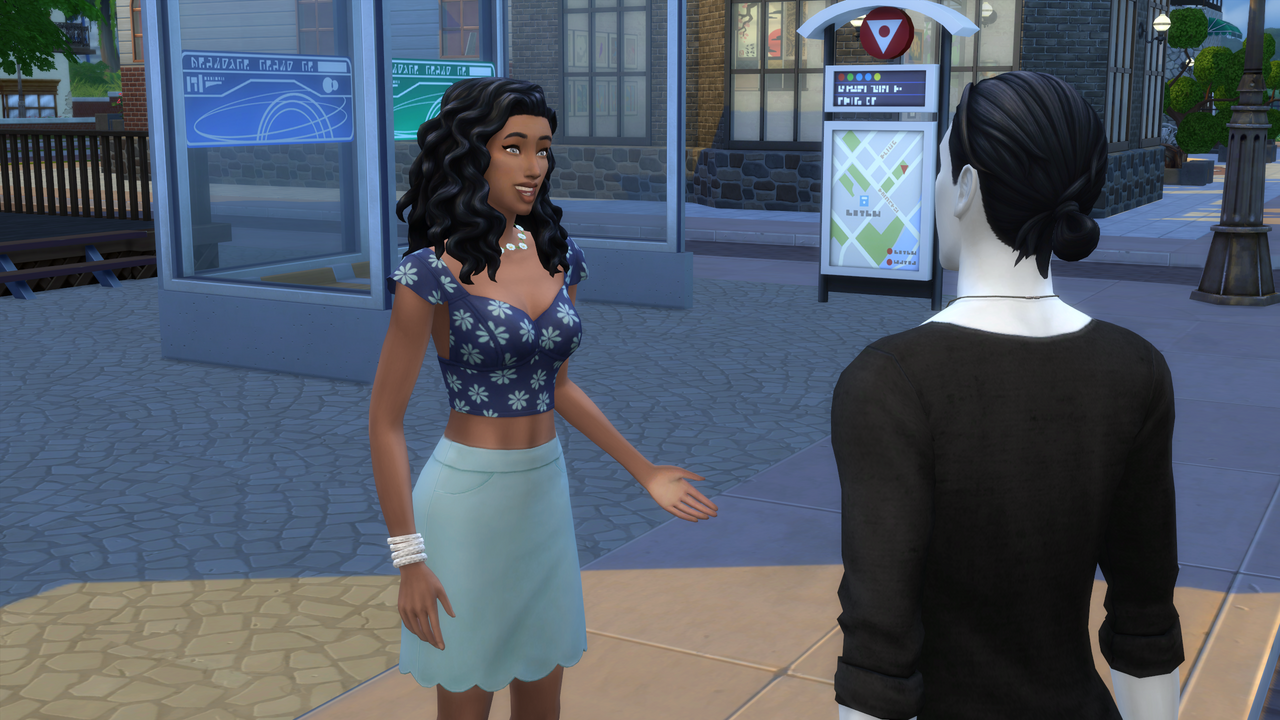 “Maybe don’t try too hard?” I suggested. “And she can be kind of difficult to deal with. I don’t think she means to hurt people, but…she’s been hurt a lot. It’s the only way she knows how to be.” 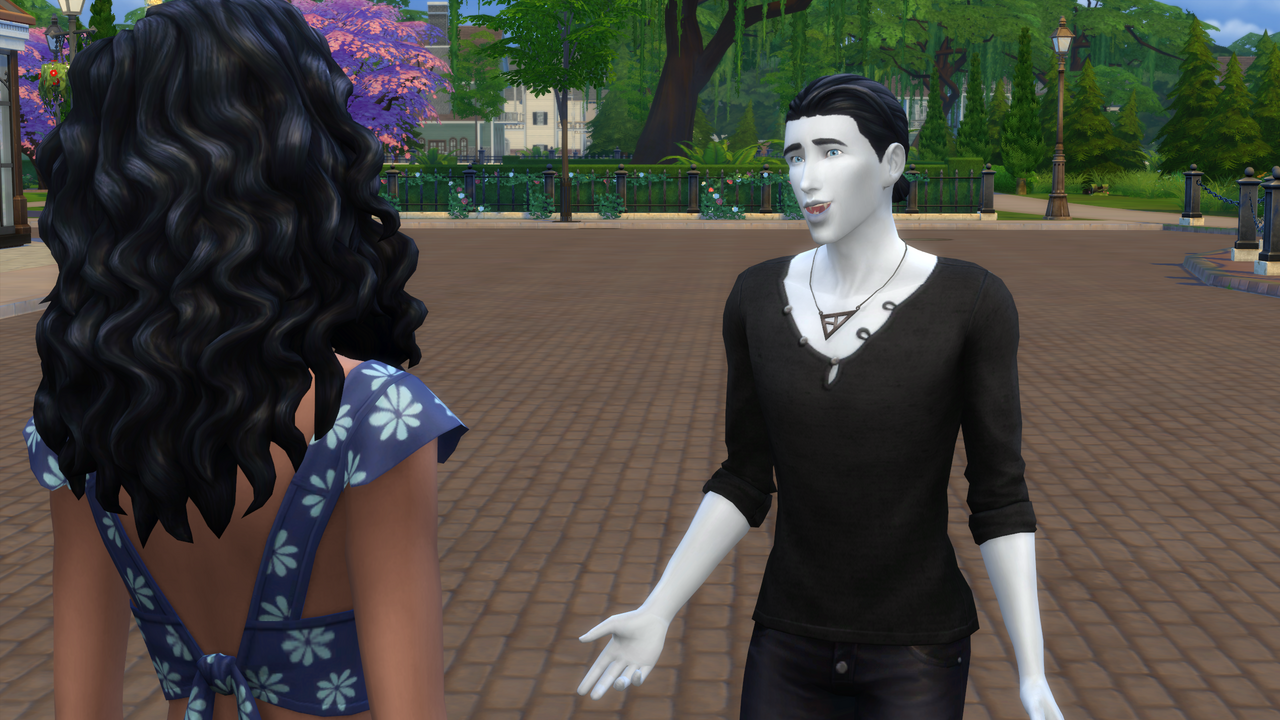 And maybe Mom was right when she told Gal that I was just like our dad. Because now I was lying and manipulating people too…